Vanguard Gallery is pleased to announce “The Exhibition of Yuki Onodera’s New Works: The World is not small—1826” will be on view from Sep.5th to Nov.3rd 2012 at Vanguard Gallery. About 10 photographic works chosen from the new series of “the world is not small — 1826” will be featured, which has just been finished off the shoot by Onodera in this year. It’s also new fine creations three years after her series of “12-speed” in 2008.

These new works are related to Onodera’s continuous research “movement and bodies” as an extension of this subject. In creations “Roma – Roma” (2004), artist’s focus is not the actual city Roma in Italy but other two “Roma” separately shot by two lens of her three-dimensional camera. And in the works “Below Orpheus” (2006), Onodera rushed towards the birthplaces of the disappearances and the Superman legend, the two points of contrary latitude and longitude on earth, to take photos of the farthest two places. 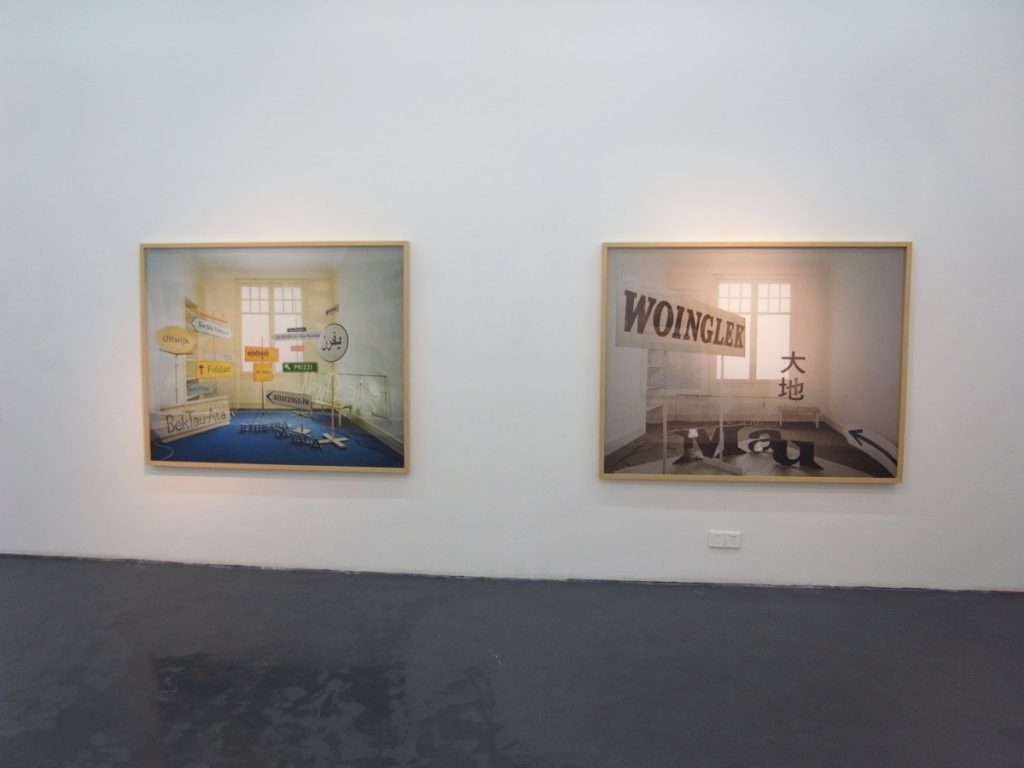 However, Onodera did not go any where for these new works to be shown. Instead, she collected place-names around the world, produced signage with these place-names rather like indicators and place them in a room with windows to shoot as if the whole room filled with a feeling of “somewhere is character”. The whole scene looks like the ocean of signage in extreme surreal mood. To move your eyes to the transparent white windows, and then to look at the signage opposite to the light, you could find they are stretching away into the distance endlessly if you would like to give free rein to your imagination. But, could words actually be used as the objects for photograph? The artist also repeatedly asked to herself in the process of creating these photos. 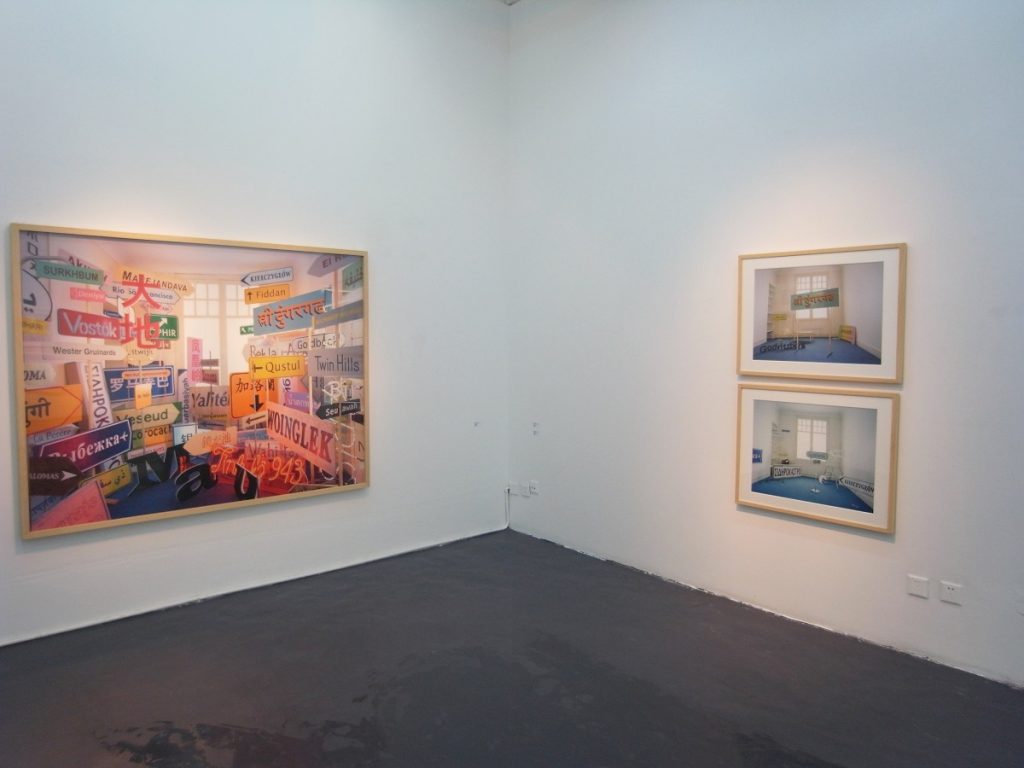 Those places in arctic, hottest or desert regions very far from us were abstractly made into signage in different languages and were apart arranged in diverse azimuth and angle. The signage contain not only names of mountains, rivers, alleys, etc. but the names of flowers, persons, even the fictional animals’ names. If these photo materials of place-names being considered as actors, the entire room is immediately turned into a theater space. We could gaze at these names and imagine freely to those distance indicated by these names. Thus, it clearly presents that the artist’s new works are based on the clue of “movement and bodies”, which have been followed closely by Onodera all the time. 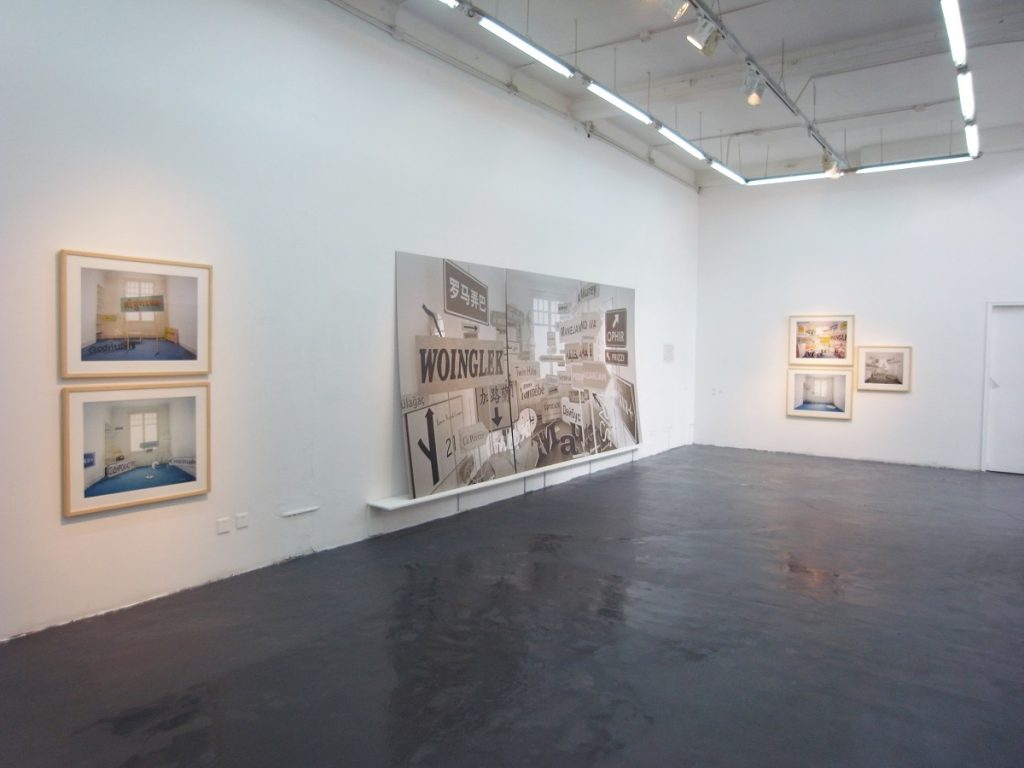 In this day and age of network instantly catching the distant scene, the globle seems to shrink. However, easy having the panoramic view from distance just deprives our imagination. Now by viewing her works, we could follow Onodera’s recalling the period of time before the invention of photography, feeling her memories of that former fond days. To looking at these place-names character and to fugue through distant under their guidance, isn’t it allowing us to enjoy a moment of quiet in nowaday society with fast rhythm? 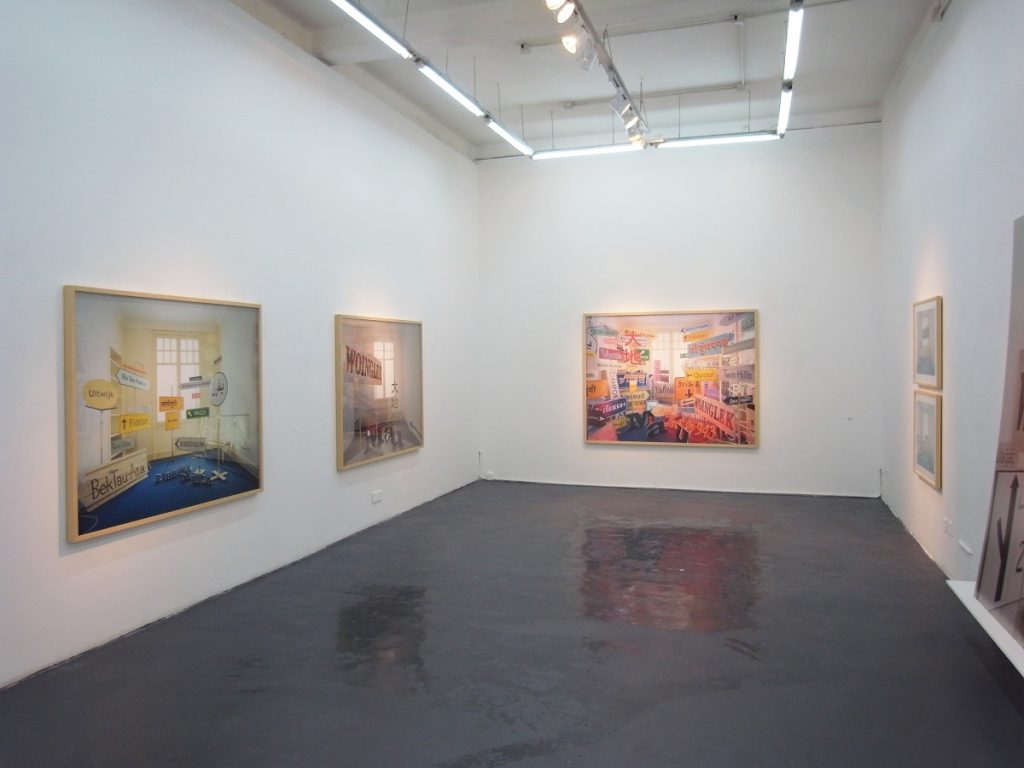 Look forward to your journey of Onodera’s place-names with us.