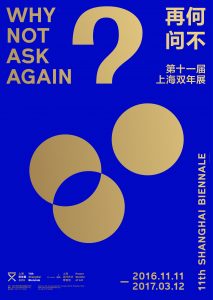 The 11th Shanghai Biennale “Why Not Ask Again: Arguments, Counter-arguments, and Stories”

In his recent works, Liao Fei started to employ some daily materials to present the original problem of matters via outward form of art. To face with art in an instrumentally-rationalized attitude, he created his works with strength of the perceptual on the basis of thinking logic and abstract conception. His works transform the sense of balance from mathematical system into visual language. Through minimal expression, which is almost just language, these works let viewers experience the presence of mathematics, logics and abstract things.

It is usually ignored by people that lines don’t actually exist in the real world. The system is always in a delicate balance but our cognition is limited and incomplete to acknowledge this fragility. Working through the notion of the illogical creating a framework for the logical, this work investigates and develops the perceived concrete aspects of natural geometry and symmetry, and rewrites the semantics of description. 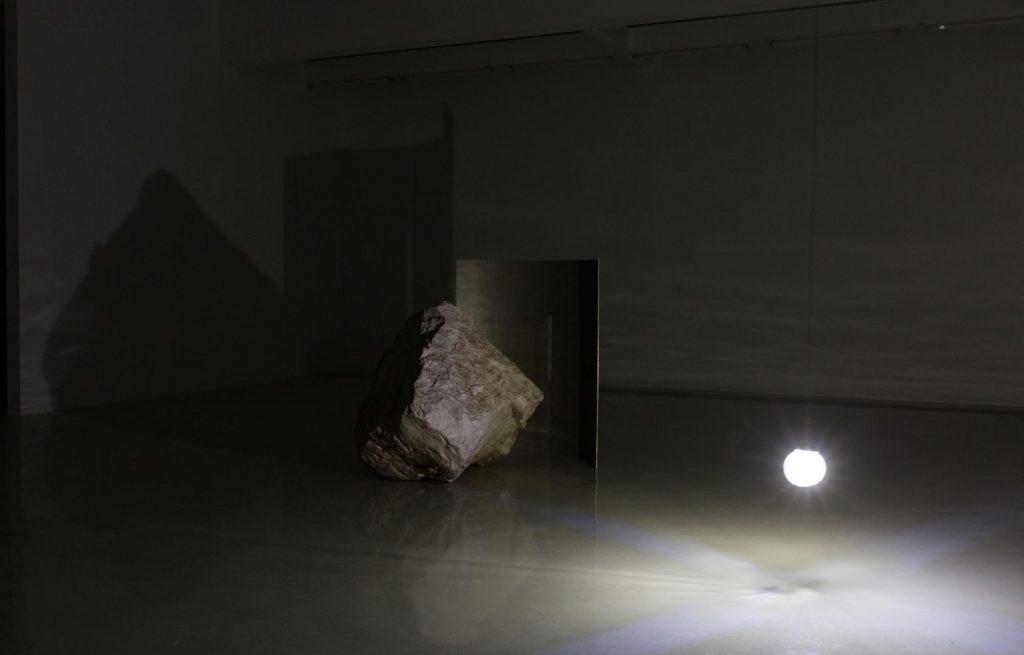 We have here scale, field, movement, and a system. In the universe, mechanical motions of spheres without pivots make day and night, and cause eclipses. They are the most ordinary events. Liao Fei presents a scene that is both open-ended and obscure.

About The 11th Shanghai Biennale:

The 11th edition of the Shanghai event will emphasize the possibilities of South-South dialogue within the current scenario of a highly interconnected world. In doing so， it will seek to present artistic and discursive visions that go beyond and challenge the conventional division of the world between ‘East’ and ‘West’. Raqs Media Collective, who straddle diverse roles in creative and curatorial work and research processes, envisage the forthcoming biennale to be a destination for many different kinds of exploration and investigation as well as a launching pad for new visions and ideas.

“Why not ask again? Why not begin at the beginning, or the end, or the middle of a question, or a desire (because the task of ‘asking’ can stand both for the posing of a question as well as for the awakening of a desire)?”

This phrase, inspired by Raqs Media Collective’s reading of the Indian New Cinema movement pioneer RitwikGhatak’s film Jukti, Takko Ar Gappo (Maneuvers, Disputations and Stories) [1974] anchors the curatorial design of the forthcoming Shanghai Biennale. Towards the end of Ghatak’s film, the protagonist, an alcoholic intellectual, falls in with a band of fugitive peasant and student rebels. To their proposals and counter-proposals, their arguments and counter-arguments, the protagonist offers his stories, his reminders, and his incandescent confusions.

The artist who Raqs imagine as a protagonist for the forthcoming Shanghai Biennale islike a figure in a fable who transforms the telling of the story he is in by presenting riddles and engines, by asking necessary, difficult and engaging questions.

Thetriad – Maneuvers, Disputations and Stories – is like the three-body problem in physics. Two bodies in space interact in a manner that is predictable, with the dynamics of their mutual gravitational forces governing how they rotate around each other – “the moment a third body is introduced things get complicated and unpredictable. Suddenly, it appears as if everything can change”.

About the Chief Curator:

Raqs Media Collective was founded in 1992 by Jeebesh Bagchi (New Delhi, 1965), Monica Narula (New Delhi, 1969) and Shuddhabrata Sengupta (New Delhi, 1968). Raqs is a word in Persian, Arabic and Urdu and means the state that “whirling dervishes” enter into when they whirl. Raqs follows itself declared imperative of ‘kinetic contemplation’, and enjoys playing a plurality of roles, often appearing as artists, occasionally as curators, sometimes as philosophical agent provocateurs. They make contemporary art, have made films, curated exhibitions, edited books, staged events, collaborated with architects, computer programmers, writers and theatre directors, and have founded processes that have left deep impacts on contemporary culture in the world with their originality and scope.

First launched in 1996, the Shanghai Biennale is not only China’s most established and influential international biennale of contemporary art, but also one of the most important biennales in Asia.

With its changing theme every two years, the biennale has always taken Shanghai as its primary focus, gathering the most talented and cutting-edge international curators and artists at the pinnacle of the industry, to explore the ultimate connection between urban life, contemporary art and the public. It has also become a large-scale biennale platform in Shanghai for the exchange and exhibition of contemporary art pieces.