Launched from 2008, Gas Station aims to provide a platform for provoking the potential and imagination of young artists from which sparks, with new energy being continuously input, burst out not only in-between artists also between the gallery and artists. The exhibition Gas Station Ⅸ: dà qǐ dà luò opening on 08 July 2017, will present the new works of Fang Di and Jiū Society.

Fang Di graduated from Guangzhou Academy of Fine Arts in 2010 and got an MFA from Maryland Institute College of Art in 2013. He currently works in Shenzhen and Port Moresby (Papua New Guinea). His works convey not only the evolution of urbanization, but also his political attitudes. He is interested in urban practice, references to news, and view himself as a tourist in his videos and multimedia installations. His works use multiple vocabularies to investigate the entanglement in our city life, and reflect on the rapid and chaotic changes that we involved in today’s society.

Jiū Society, Chinese name: 啾. Pinyin: jiū. Meanings: onomatopoetic word, describes the small sounds of animals, whisper. Describes the tiny sounds of insects and birds. On behalf of kiss. Japanese original “ちゅう”, means the sound of kiss, so Jiū is on behalf of “kiss” meaning. Jiū are actually unfamiliar with Li Lei and Han Meimei, and Peter、Ann、Sue and Ken are real good friends of Jiū. They are experimental products of reform and opening-up, and are the heirs of diasporic cultural. In the nonsensical hedonism, except for occasional anxiety and suspicion, Jiū feel great. So they try to sound, an uncertain and tiny sound, ” Jiū”.

dà qǐ dà luò presents a new history of fiction and reconstruction or rather a reorganization period. The “history” here is not a past time, but a static section of the life sample, a story seemingly has a beginning and an end. In the empty nihilistic view of history, making up history is to make a city rising seems to be a fate and finally end here. It’s an undisputed reality that future has become the history. Like the city and society development can’t afford doubt, break off, don’t allow much thinking, just keep the speed, in order to maintain the expectations without any collapse possibilities. Behind the madness, it’s a hypocritical venture capital to the future life. 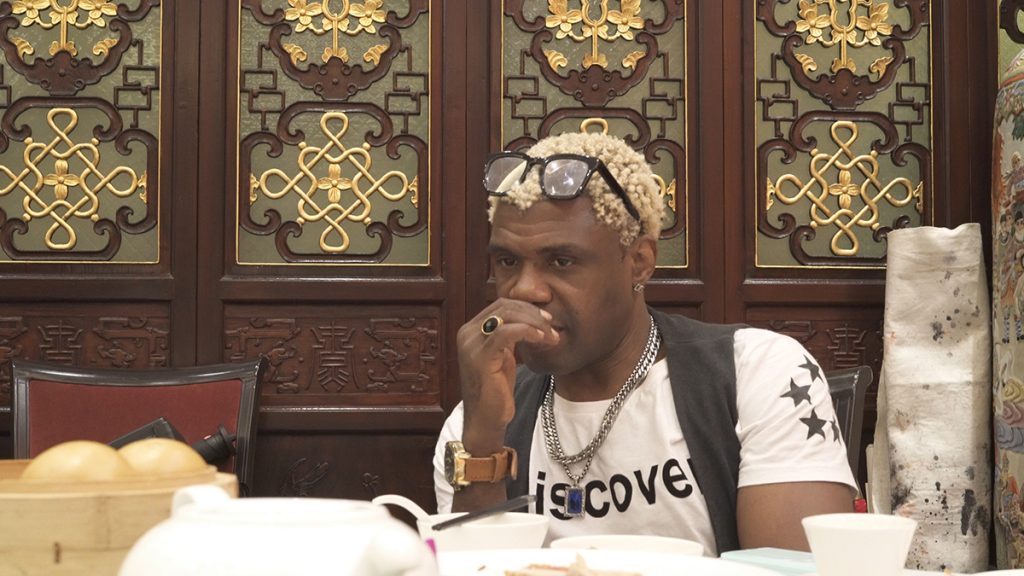 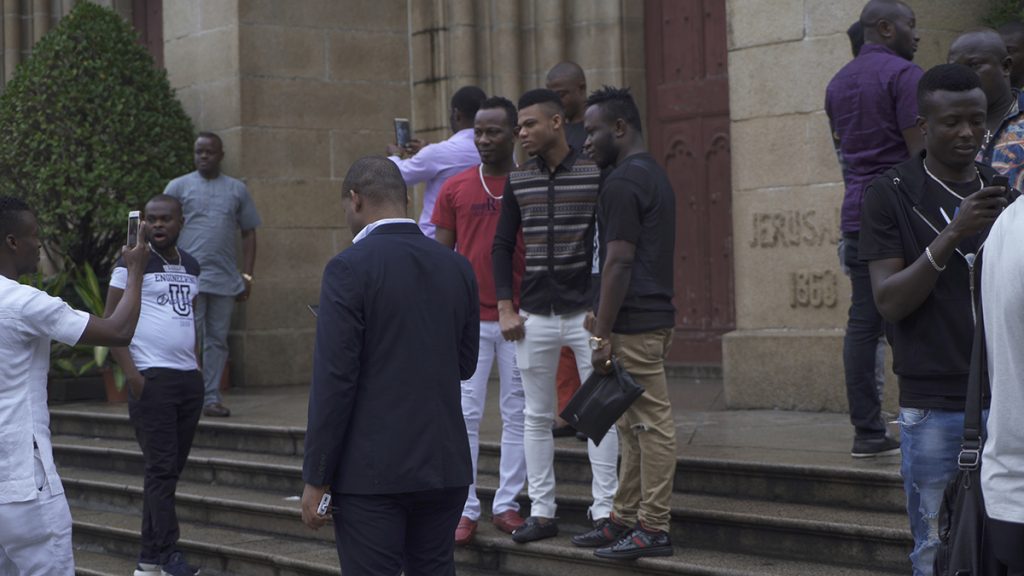 dà qǐ dà luò is an ever-changing situation with fast-food culture and follow suit in the context of the information age. The artistic expressions and the fictions are collaged together with a crude and fragmented history. The rapid information consumption brought by technological development blurs the boundaries of truth and lies. Everyone in the virtual world lives well and is wrapped with colorful planes and mirrors. Whenever the idea of running away emerges, technology and desire will immediately bribe and retain you, we live in a space where we can’t really leave. The rights and interests corrode the people’s independent thinking. The hand, the originally resistance to the system, has become a props of entertainment. dà qǐ dà luò is a hypocritical revolution. 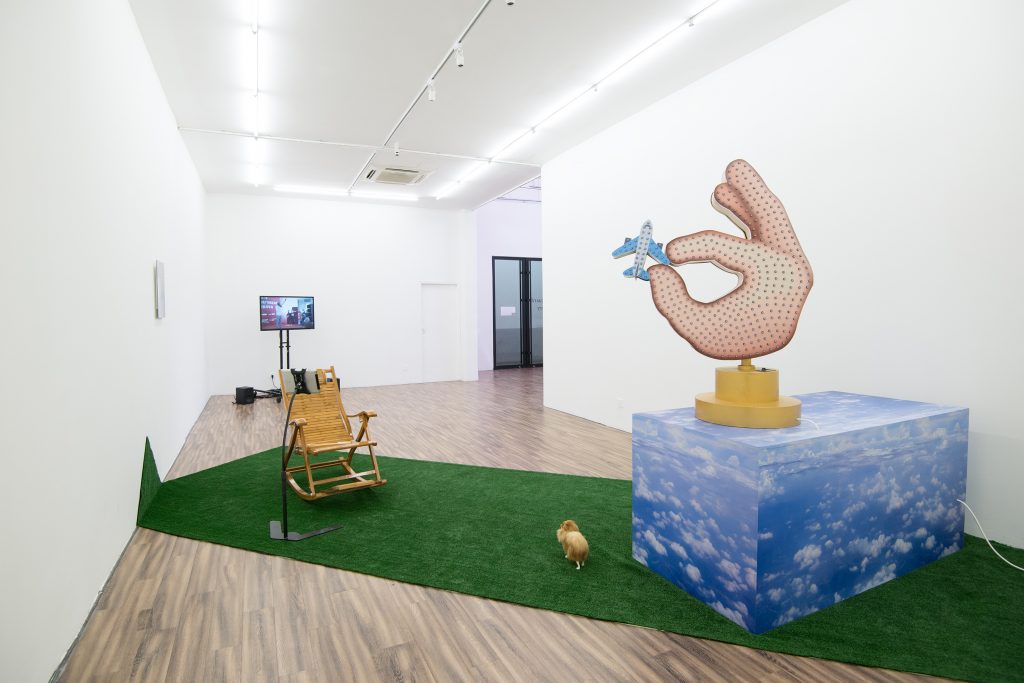 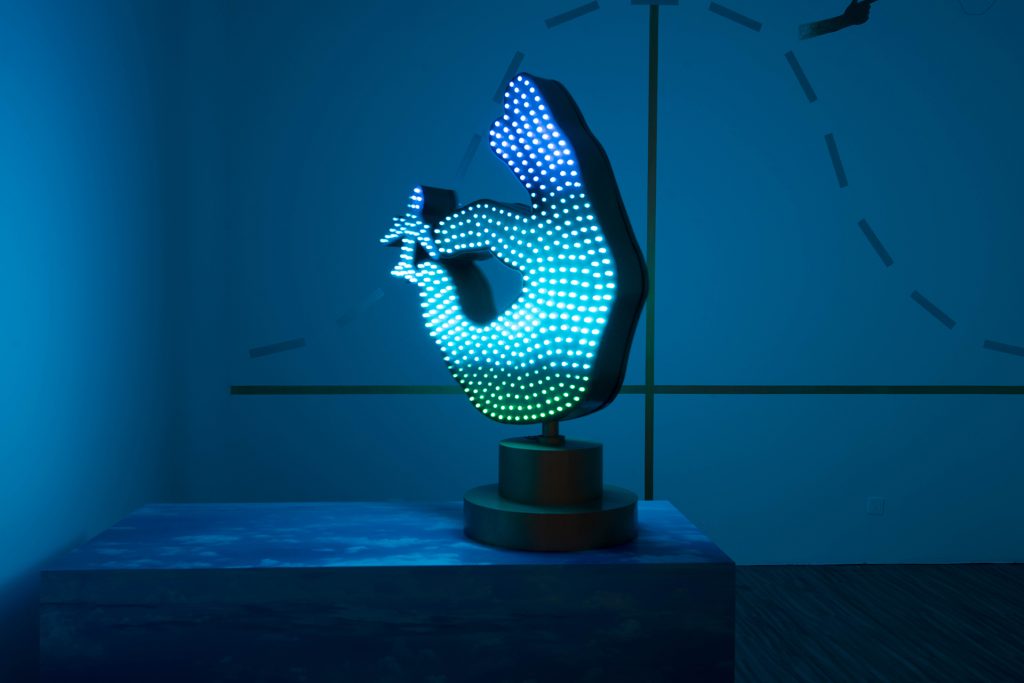