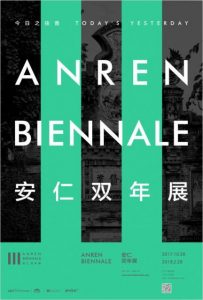 The general theme of the first Anren Biennale is “Today’s Yesterday”. There is no doubt that the general theme has raised a discussion on “Time.” One of the major topics of contemporary art is questioning time and looking forward to the future.

From an imagined future perspective, the unit of exhibition “A Future That Never Returns” infatuates and writes down the mazy history of current in a gesture of seeking for memory. Starting at the time-space node closely connected to China’s modernization such as the influence of western culture, the exhibition leads a discussion of ‘time’, based on the specific culture, history and location of biennale since 20th century. How to view the historical and contemporary China scene? How to understand history and time in this background? Currently, how to picture the history of future? And how to better individualize the creation of contemporary art? How do they remind us of observing the current reality and local history samples? These are questions and clues in this exhibition.

The artists and works selected by the exhibition are contextualized by the multidimension of time, and these contexts transform each other to form the blending and circulation of the forms and themes in the exhibition: starting from the time embodied in the exhibition site and from the real momentary records; entering the concrete , Belong to a specific historical chronological time; and belong to a specific space of physical time; from which, can produce an abstract, based on individual perception of the psychological time; and different individual psychological time, and together constitute a broader , Conceptual time related to the historical writing of the region and country. Eventually, this macro-time perception is back to a certain point of origin, which is the memory field that Anren suggested, the specific space-time. 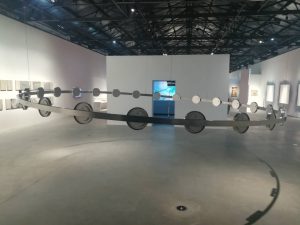 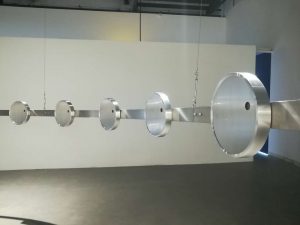 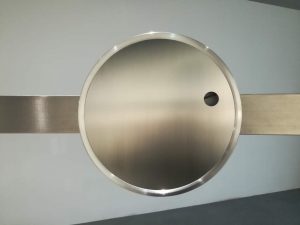 Twenty-four clocks (different from a conventional 12-hour clock, using a 24-hour clock) are mounted on a ring of iron. These 24 clocks correspond to these 24 time zones, followed by a ring arrangement. The surface of each clock is covered with a steel plate that has a circular hole at the same location, the size of the circular hole just exposing the width of the hour-long scale on the clock. 24 holes are the same time zone, at any time only one clock hole can be seen in time. Whenever a hand on the clock through the hole, it will be in the next time zone clock hole to see the pointer appears, and then cycle.

From November 10, 2017 to February 11, 2018, the Yuz Museum will launch the second large-scale exhibition “Shanghai Galaxy” series – “Shanghai Gallaxy II” featuring a total of 22 artists from home and abroad Nearly 50 pieces / group works. The exhibition will continue with the group exhibition “Myth/ history II: Shanghai Galaxy” curated by Wu Hong in 2015. From the art museum itself and its locality Shanghai, it will take a global perspective to present Shanghai contemporary artists or connect with the city of Shanghai The latest works, continue to explore the history of contemporary art in Shanghai to the process of development, with the most immediate and local attitude, continue to update the rich texture and appeal of contemporary art.

Most of the works on display in this exhibition were created between 2016-2017 with various materials and art forms such as painting, installation, sculpture, photography, video recording and performance. The exhibition content contains four types of shanghai related contemporary artworks. one being works created by artists who were born, raised or educated in Shanghai; the second being works by artists who have migrated to live and work in Shanghai, or who is involved in the contemporary art in Shanghai; the third being works related to the history and reality of Shanghai; the fourth being site-specific artworks created specifically for Yuz Museum. The four types confine the exhibition with a fundamental frame and scope, but it does not refrain the works of each artist. The personal experiences, historical memories, knowledge structures, and cultural backgrounds of each artist have infused their works with either uniqueness or relevance, reflecting the diversified artistic perspective and cultural ecosystem of Shanghai, and stimulating boundless imagination and possibility. 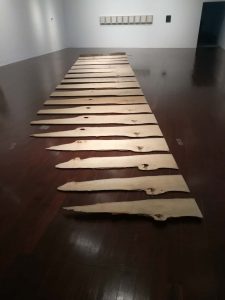 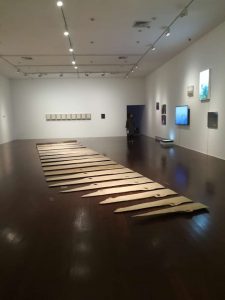 The number and shape of the pieces to be cut are determined by the relationship between buoyancy and horizontal plane. In theory, the wood can be cut indefinitely, but due to the constraints of reality, the number of wood pieces eventually presented in space is limited. Here, the tension between “reality and potential” and “precision and chaos” is highlighted to create an “impossible” piece. 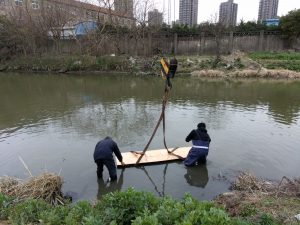 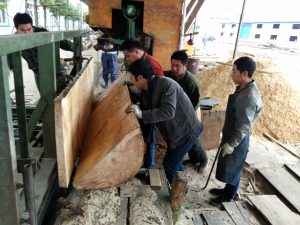 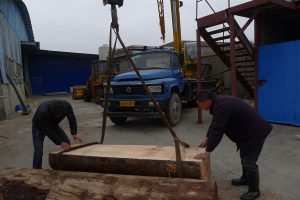 In repeated attempts, a series of toilet-pegs were sucked together for a brief moment to form a sculpture that was repeatedly stretched toward the sides. After it gradually relaxation, disintegration. It is also a response to Kubushiyah’s “Infinity Column” in the history of sculpture, which no longer points to the sky but extends only to the theoretical limitless extent on either side of the horizon.