As the beginning of the new year, Vanguard Gallery is presenting Jiu Society’s solo exhibition Your Life, My Dream on January 14th. The exhibition will last until March 29th, 2020. Jiu Society is a collective of three artists who grew up and currently work in Shenzhen. Their artistic practice often explores urban migration, focusing on the development of visual culture and renovation of cities and communities. Their work is in search of a balance between collective memory and city branding, and further, investigates the contradiction of social relations and microeconomic structures based on the so-called urban identity.

This exhibition “Your Life…” is the first part of Jiu Society’s new project “Your Life, My Dream” that they are currently developing – inspired and prefaced by the “Great Escape” from mainland China through where Shenzhen presently stands, before the country’s Reform and Opening Up, a history orally passed down from the older generation. With a multimedia installation and live performances, “Your Life…” presents a scene of a police chase on the water at the Shenzhen-Hong Kong border in the form of a live studio shoot. The actors, dancers, artists, and the audience will all play different roles that have a tension of opposites from one another. This exhibition positions as a play, a rehearsal, a party, and a reflection of reality and fate. Installation work “Good Things Happen” is inspired by famous advertisement pitch line“Good things happen to those who share Remy Martin” by Remy Martin back in the 90s. A western noble temperament was thus imported along the brand: individual vicissitudes under the Opening and Reform Policy has endowed Remy Martin with more meanings such as “good things”, including luck in love life, windfalls, promotion, or simply being lucky. It is auspicious, catchy, and also a statement of social class. 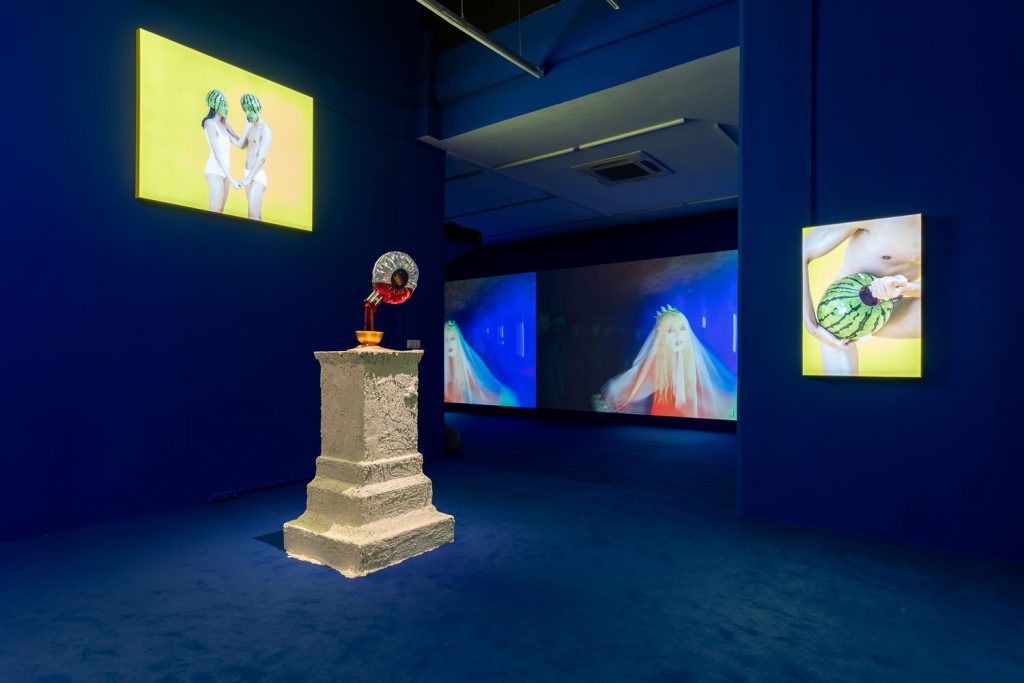 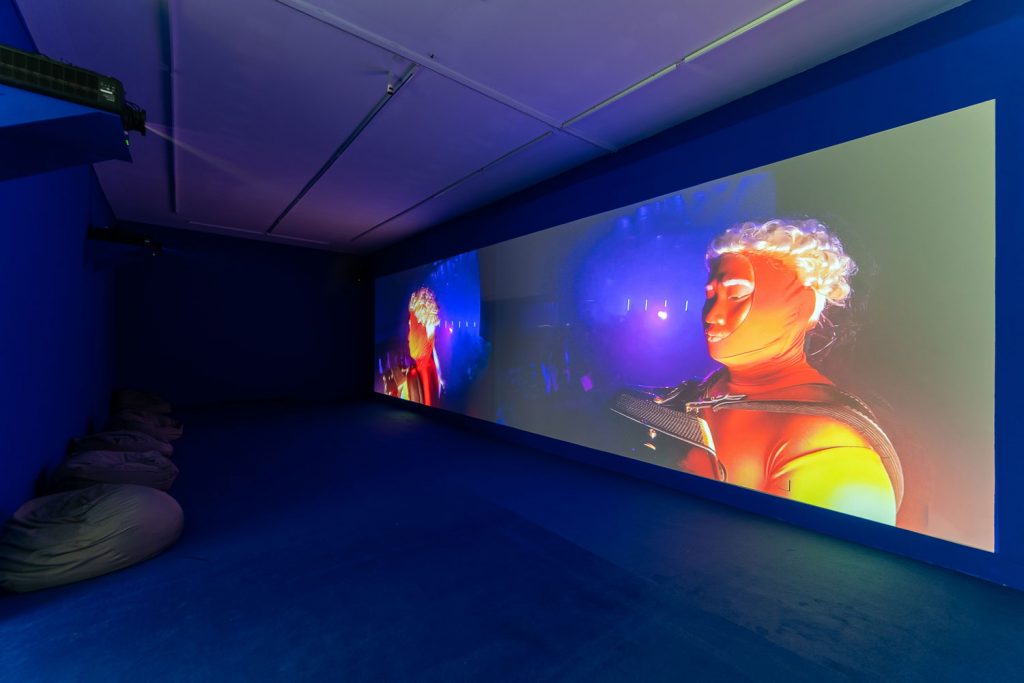 Definition: describes sound, including light sounds of animals, also could describe sounds of insects and birds.

Refer to: kiss. The word 「ちゅう」means the sound when kissing in Japanese. So “jiū” also means kissing.

Jiū Society considers themselves an experimental product of “Reform and Opening Up”, and also sons of the “dispersed culture”. In the name of nonsensical hedonism, despite occasional anxieties and doubts, Jiū feels very good. So they tried to make themselves heard by making an uncertain and small sound, Jiū. In 2015, Fang Di, Ji Hao and Jin Haofan co-founded Jiū Society, a young artist group rooted in the forefront of Chinese Reform and Opening-Up. The three young artists were all born and raised as a new generation of Shenzhen citizens in this city of migrants. Shenzhen, to them, is no longer what it was to their parents—a place to make money. They gather in Shenzhen, this city of their own, and to observe it from their own perspective.

With the changes of times and the emergence of new regional forms, the Greater Bay Area (Guangdong–Hong Kong–Macau Greater Bay Area) has gradually become a new regional concept. Conforming to the times, Jiū Society has also made some adaptations. In 2021, Jiū Society officially announced to absorb a new member, Zhang Yin, who lives in Guangzhou. As a result, the expressing foundation of Jiū Society has become broader, extending from a city to a region, though the voice remains slight, but more powerful.