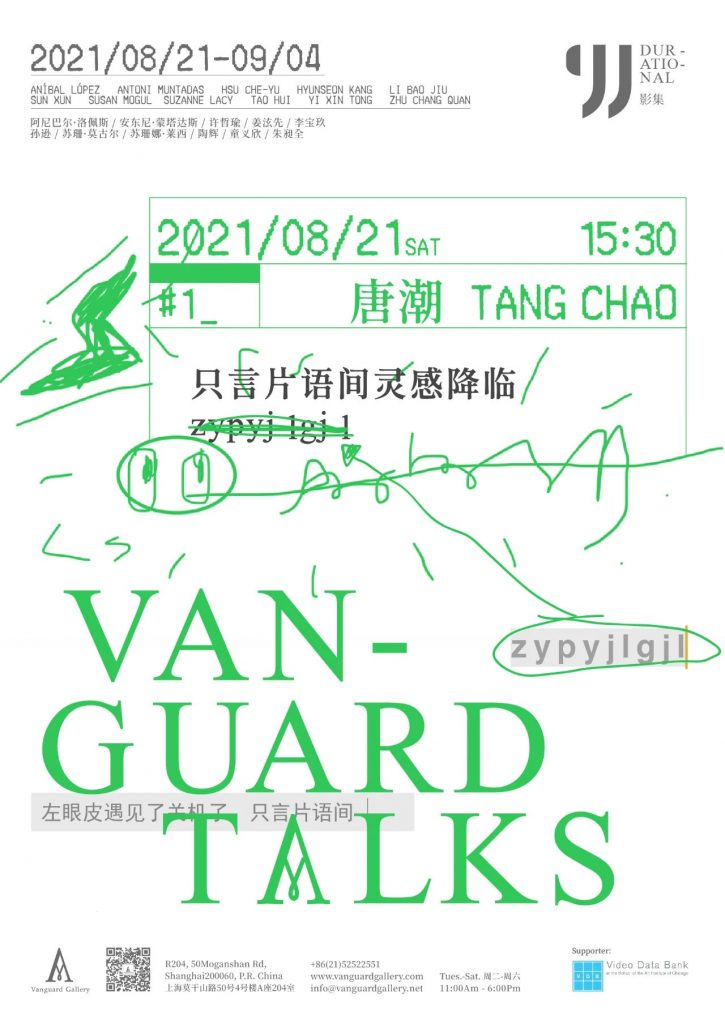 Precisely speaking, real life is not as smooth as movies, and everyday life is filled with hesitating dialogues. Even the title of this talk was randomly typed out by Tang Chao on the keyboard. There are people trying to step deeper: “What exactly do you want to say?” They then entered this letter string on the input method and the phone displayed: “We called another round of dickface. (‘zhè yī pī yòu jiàole gè jī liǎn’ in pinyin)” Someone else took a different tact and decoded it into: “The left eyelid got bored by Manager Gao. (‘zuǒ yǎn pí yàn juàn le gāo jīng lǐ’ in pinyin)，but who happens to be called Manager Gao here?

This specious association is an arrangement of some unknown power. I saw someone wrote on the Internet: “History is highly in series~”

What does that mean? When I was thinking an eyelash fell on the screen, exactly at the end of the sentence.

Wave, wave. It comes and goes so quickly, shuttling between different episodes, and lets the hard tone land euphemistically~

This eyelash is floating in the historical torrent. Someone says that you can make a wish now. If it is a fake eyelash, then make a fake wish. But have there ever been a real wish? Tang Chao hopes to have a good title for the talk. Life is sometimes weird. This letter string was then decoded by “me” into: “Get inspired by a few words. (“zhī yán piàn yǔ jiān líng gǎn jiàng lín” in pinyin) “. It came all of a sudden without any reason, falling like feathers, or an unexpected meteor.

Tang Chao will share some of his creations or his procrastination habit before creations.