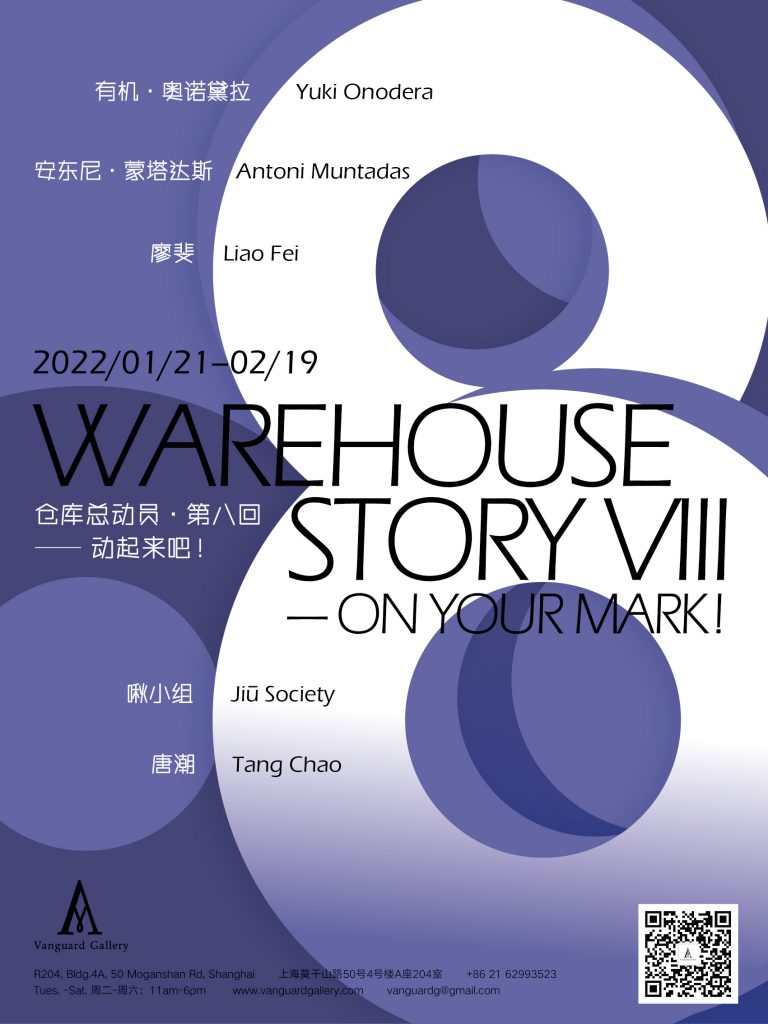 Vanguard Gallery is pleased to present “Warehouse Story VIII: On Your Mark” from January 21 through February 19, showcasing a series of works echoing the subject of action and movement by Yuki Onodera, Antoni Muntadas, Liao Fei, Jiū Society and Tang Chao. The exhibition explores the physical transformation and the dynamism of the body, as well as its sociocultural context.

Yuki Onodera uses photography as her primary approach to art making. For her, photographs are not just carrier of image, but objects whose nature is subject to scrutiny. The series “Watch Your Joints” captures images from live football broadcast and subsequently uses film processing technics to remove visual obstruction such as the squad numbers and stadium advertisements from the photographs, allowing the viewers to focus more on the absolute movements of the players.

Antoni Muntadas is an internationally acclaimed pioneer of media art and conceptual art. Through his works, Muntadas investigates channels of information distribution and the ways they may be used to censor or promulgate ideas. On translation: Celebration shows the exaltation caused by the triumph and success of football matches to reflect on the role that media plays in the creation of collective ideologies.

Liao Fei explores the relationship and tension among materials in his works. In this exhibition, by asking a rhetorical question of How things exist? And how they are constituted and operating?, he attempts to find the answer from games that created in enclosed fields. In his vision, the universal existence is constituted and operating in a mechanical way in a succinct, clear and autonomous manner.

Jiū Society, co-founded by Fang Di, Ji Hao and Jin Haofan in 2015, and newly joined by Zhang Yin in 2021. The scope of their works revolves around the Guangdong–Hong Kong–Macau Greater Bay Area where they are leaving an impact and having their voice heard. In the exhibition, Jiu reflects the dynamism of the city of Shenzhen and its people in their video works.

Tang’s works include video, photography, performance, and installation. He focuses on capturing the moment when a unique relation is established between the camera and its subject. In Crawl, the artist moves along the street like an earthworm in a reaction to a specific environment and gravitates to takes the viewers on his personal journey. 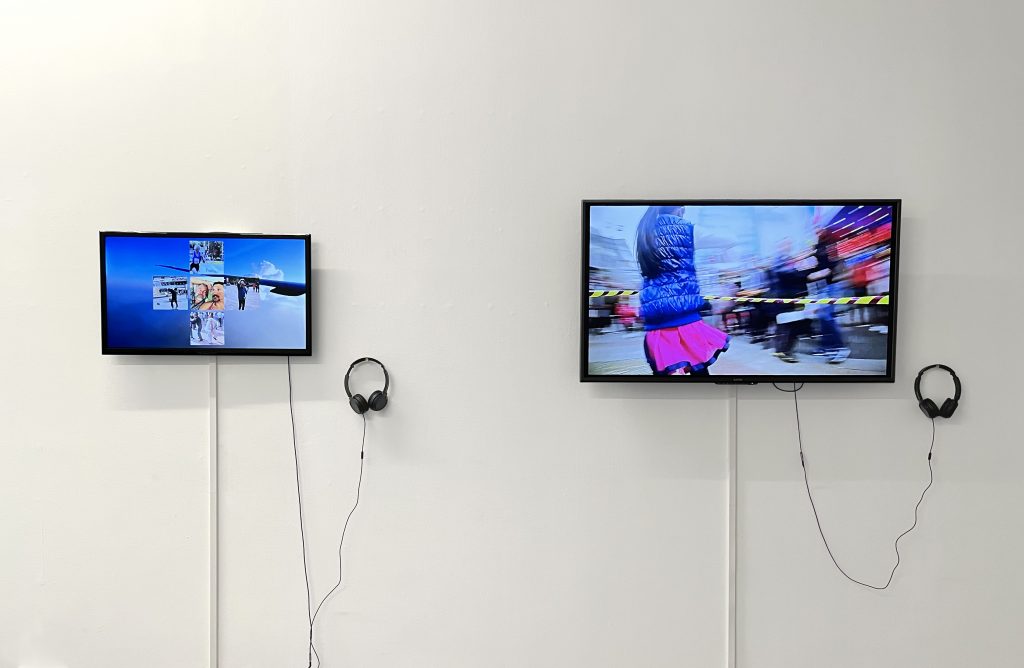 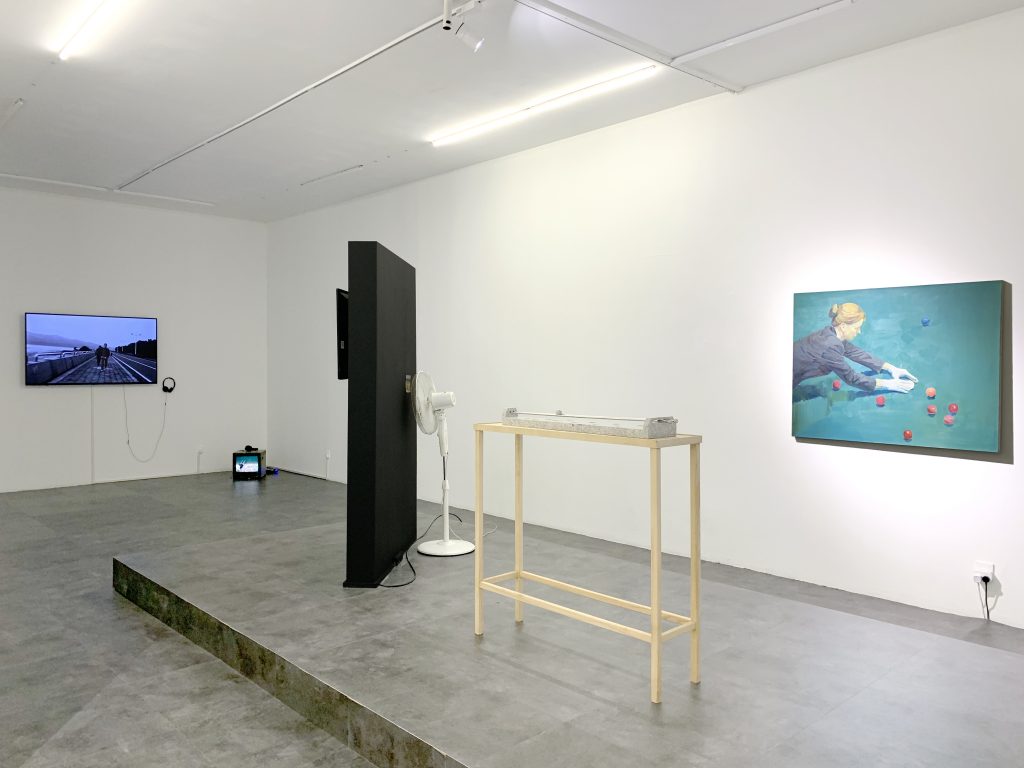