The installation and video show at Vanguard Gallery in Shanghai started on the 25th September has attracted a large amount of attention from different sectors of the society. This show is the solo exhibition of Korean artist Mr. Cha Joo Man, it is also his first solo exhibition in mainland China. There are in total five pieces of artwork on show, three of them are installation works:”Out of the Mark”, “Blue Bedroom” and “Closed System”.

A small bed with cozy duvet being put in a blue wallpapered bedroom, the bedside floor lamp also gives out a light blue haze; the room makes people feel a little dizzy and a little petrified. Looking closely at the wallpaper, it is full of pictures of a man’s face, it is not just any face, it is the face of the evil man Ayman al-Zawahiri (Bin Laden’s second in command). The “Blue Bedroom” used the effect of contrast, which is popular in the current artwork trend, leaving a deep impression to people. 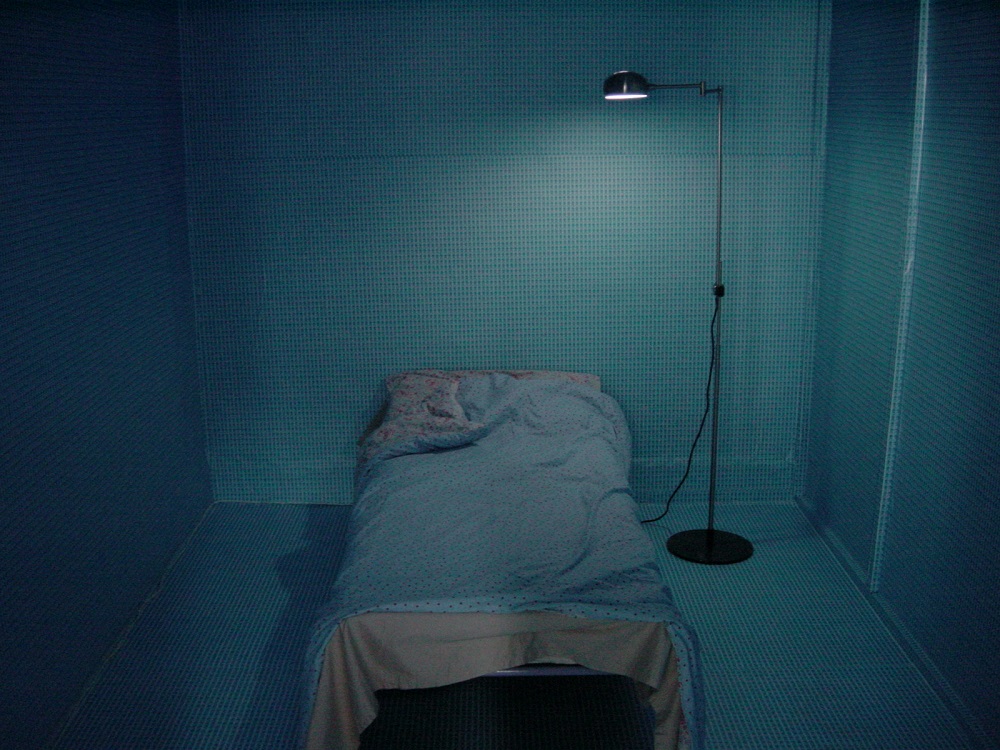 “Closed System” also employs contrast in the material used: cold and hard metal hook with soft fabric, black and white background and black and white cotton thread, some sort of balance was achieved by the hooks, which come from each side of black and white, tearing up the fabric.

A broken cross covered with photos of American soldiers, implying “Wide of the Mark”, directly expressed the focus of the artist, emphasizing the theme of this exhibition. 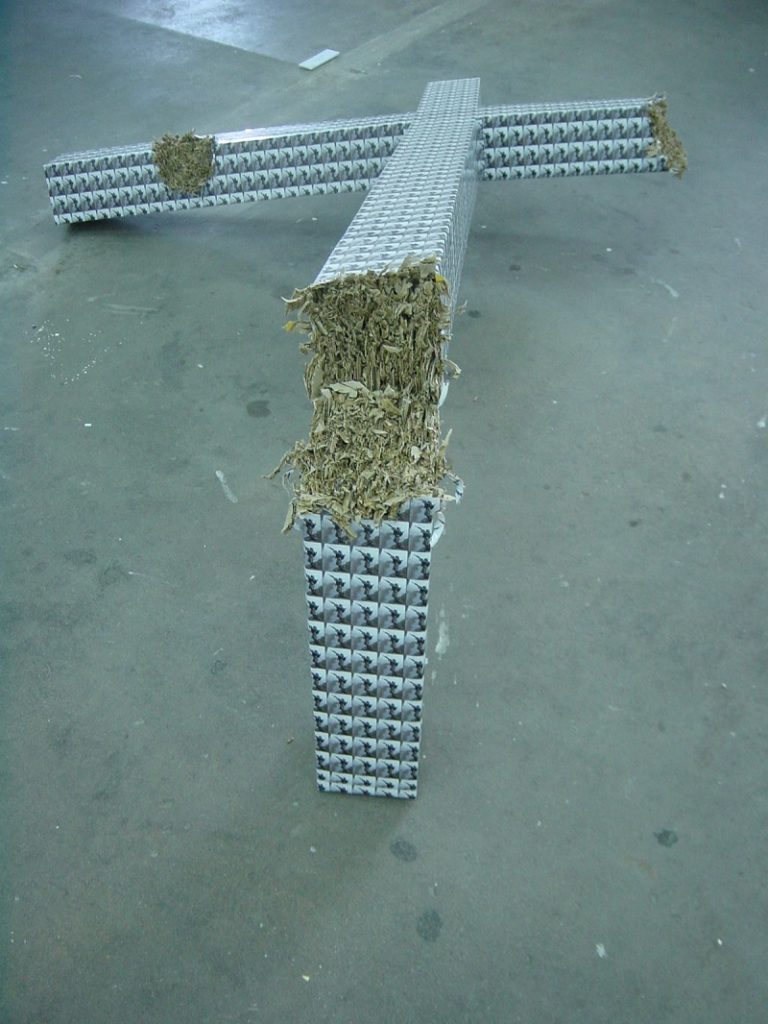 The other two artworks are a photographic collage and a video work. In the video, a dog keeps clawing sofa, persistent and fierce, totally disclosing its shortcomings in the characters. In the photographic collage, the artist used numerous war related photos and made them into a Korean national flag. Although in a different form, the theme of the exhibition is still expressed clearly and vividly, i.e. the relation between international war and human beings. 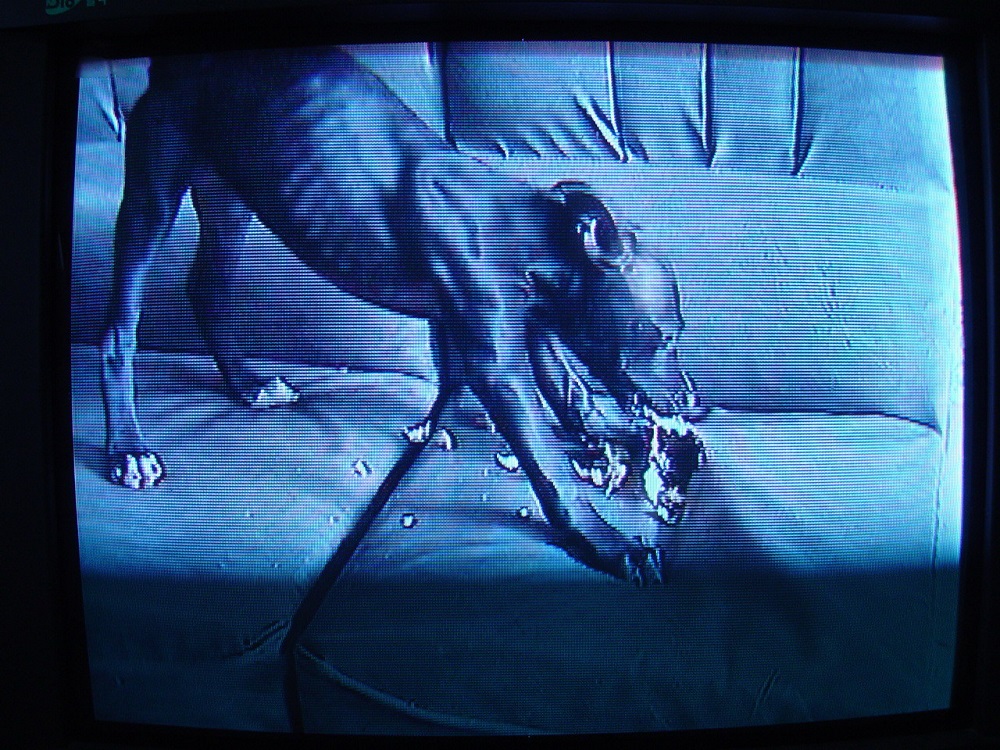 Care for life and care for society is always the subject of Mr. Cha Joo Man’s artworks. Looking back at all his previous artworks, all entails his rich social experience and his care for life. The attention to life and society is also from the artist’s own love and passion for life.

“If an archer misses his target, it can also be seen as the target was offset in the first place. The wrong target that was set under the disguise of the right, is like a decorated tomb, it is the root of evilness. And this evilness eventually caused death, which is like shooting off the mark…..When I write about these questions; I can not refuse its impact on my heart, and have no courage to refuse.” The artist created these artworks to answer for his moral, giving soul and life to artworks.