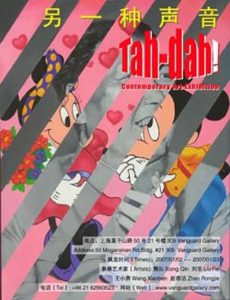 The beginning of the new year will witness the grand opening of the exhibition “Another Voice”, which will display the newest works from four artists: Liu Fei, Wang Xiaoben, Xiong Qin and Zhao Rongjie. The 13 works from these four artists are their newest from the recent few mouths, including oil paintings and prints. They continued their own styles and also made breakthroughs to varying degrees.

Xiong Qin will still display “Tiao Xi” series. He started this series since the end of 2005, and his works have become more mature. Besides the Mickey mouse image as before, which represents western culture, there also appears familiar Japanese carton figure in his new works. The change of details shows the gradual space and time shift of the problems on which the artist is focusing, and the meaning of criticism gets heavier. 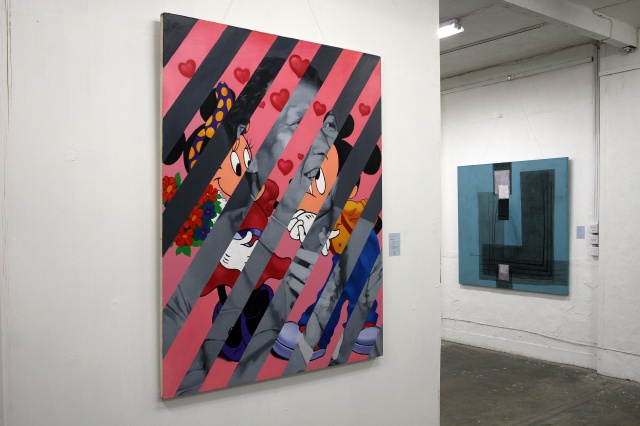 Jokes and tricks is still the creation method going through Liu Fei’s works, and the new ones are no exception. The majestic-looking panda lady with a cape stands against the wind, with sword half drawn and body slightly leaning forward. This is a imitation of the work done by currently famous Japanese designer Yuko Shimizu , and there is a Chinese stamp on the bottom of the work saying “copy Yuko Shimizu”. This work continues the thinking of his previous work and criticizes directly and harshly on the copy problem existing among contemporary arts. “This is just a copy work. I just changed some details and nothing else.” Liu gave such explanation towards his work. 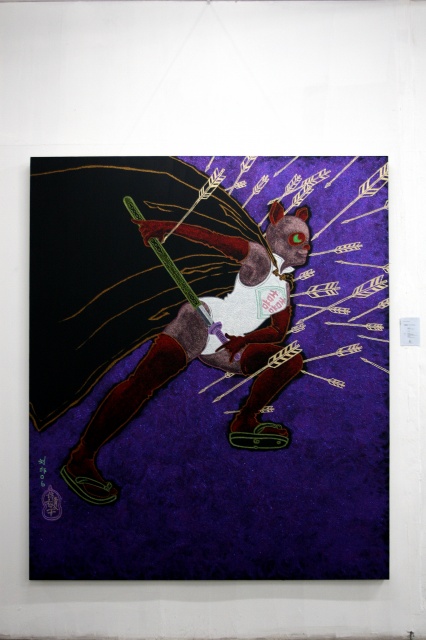 The sensitivity and fineness of Wang Xiaoben has fully expressed themselves in her works. She continues her “to wear, or not to wear” series which started since 2005, and her new works’ technique of expression and the emotions coming from the works are both more mature and stable. The colors became more lively and active comparing to the slightly thin cool colors she used from early 2006, or we can say, richer. The three works displayed in the exhibition are all very refreshing. 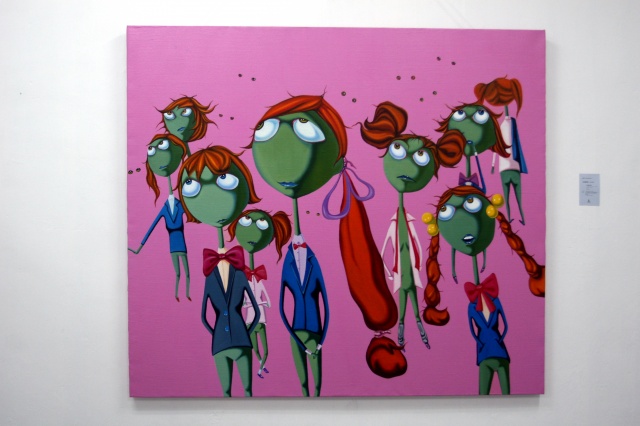 Zhao Rongjie’s works are mostly etchings, but this time she brought two oil paintings to the exhibition. The style of the oil paintings is the same with that of the etchings, and belongs to the same series “Breath”. To create through different media while using the accustomed creative language inspires the artist to have higher creative passion. The changes of creative environment and material puts more liveliness into the paintings and makes her works more alive and rhythmic. 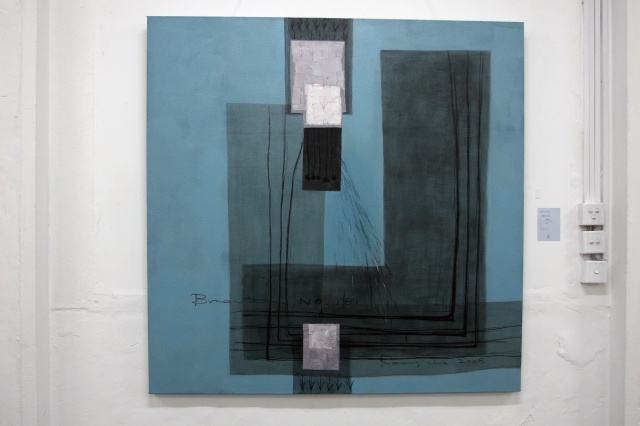 The exhibition will start from January 2nd, 2007, and last until February 15th.