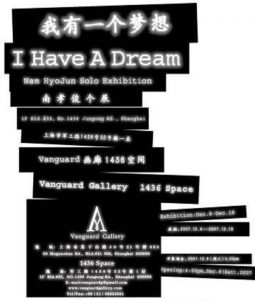 “I Have a Dream” is the title of Nam Hyojun’s solo show, to be held at Vanguard Gallery–1436 Space at No.1436 Jungong Road. His works reflect dreams and the current young people’s experiences and thinking of their existences.

We can often hear the complaint or judgment of “Young people nowadays do not have dreams!”. It also contains the confusion and dissatisfy of the older generation. However, if the older generation is not in the same position as the younger generation, how can they understand, and to make such a comment about the whole generation? 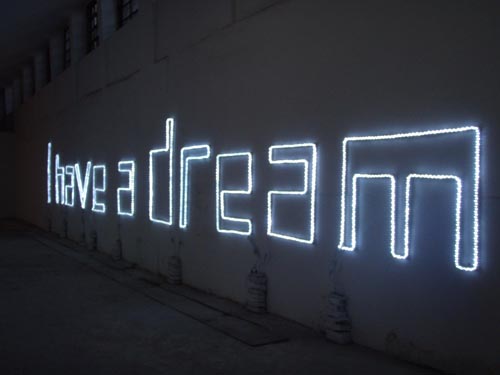 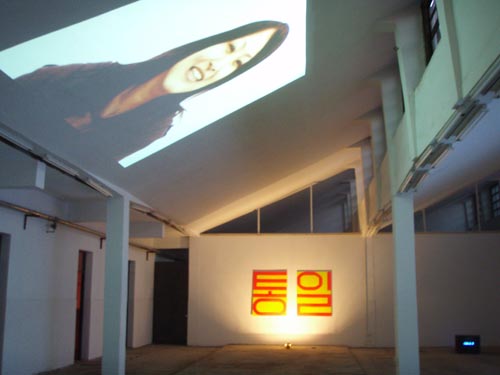 From Nam Hyojun’s works we can see the enthusiasm to dreams and persistent pursuits. His worry and unnerving towards people’s loss of dreams are from his observation of his own generation and the searching for himself and his own identity. His special identity (Japanese born Korean) and his sharp senses forced him to look for his own value and his own dreams, with the barrier of a mystified political history among Japan, North and South Korea. 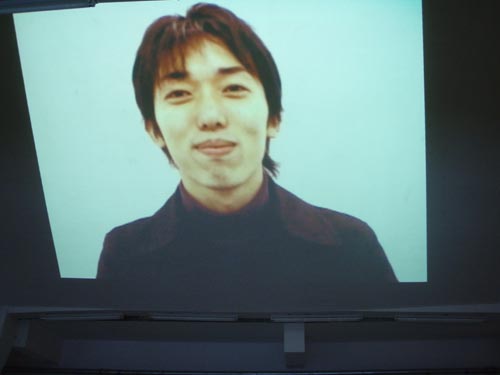 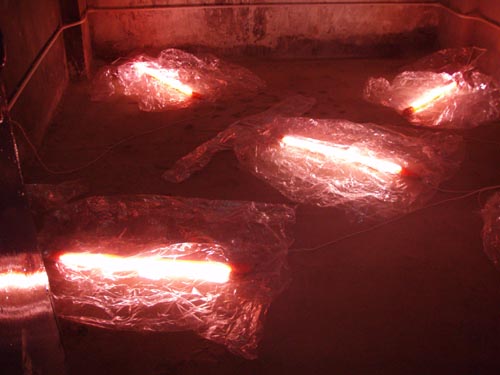 His works represent both the indifference and the anxious of the current Shanghai, a rapid developing metropolitan city.”Shanghai is very dangerous, more and more people are losing dreams.” As a single human being, how can one be able to keep his/her purest quality in such a rattling society?