Liu Fei was graduated from Hubei Academy of Fine Arts, he always interrogate and resist the surrounding through his critical spirit and unique painting language which seems like playing a practical joke on reality. Series like Reverse, New Pictographic Character and Are you scared? are all aiming to ridicule about certain existing rules including those in Chinese art circle and international politics and economic fields. The Liu Fei solo exhibition hosted in Vanguard this May is called “Assume A Pose”, a dozen of Liu’s latest works will be showed.

“Assume a pose” is a Shanghai dialect phrase, it means to create a certain feeling or ambience by dressing up or making awkward act. 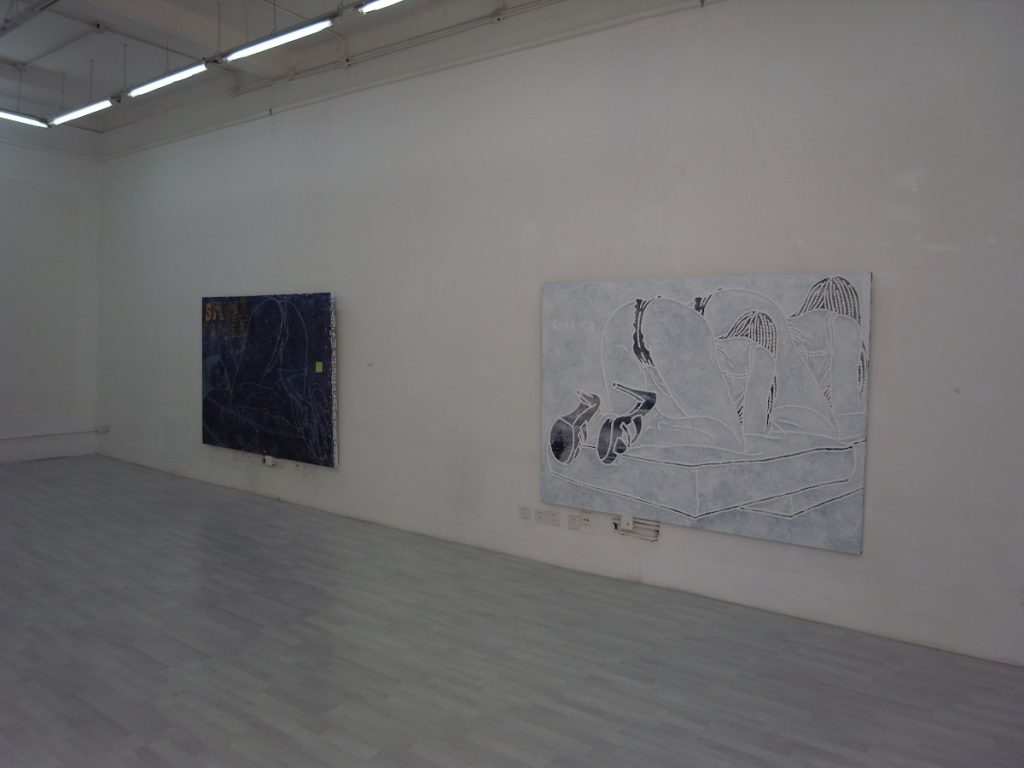 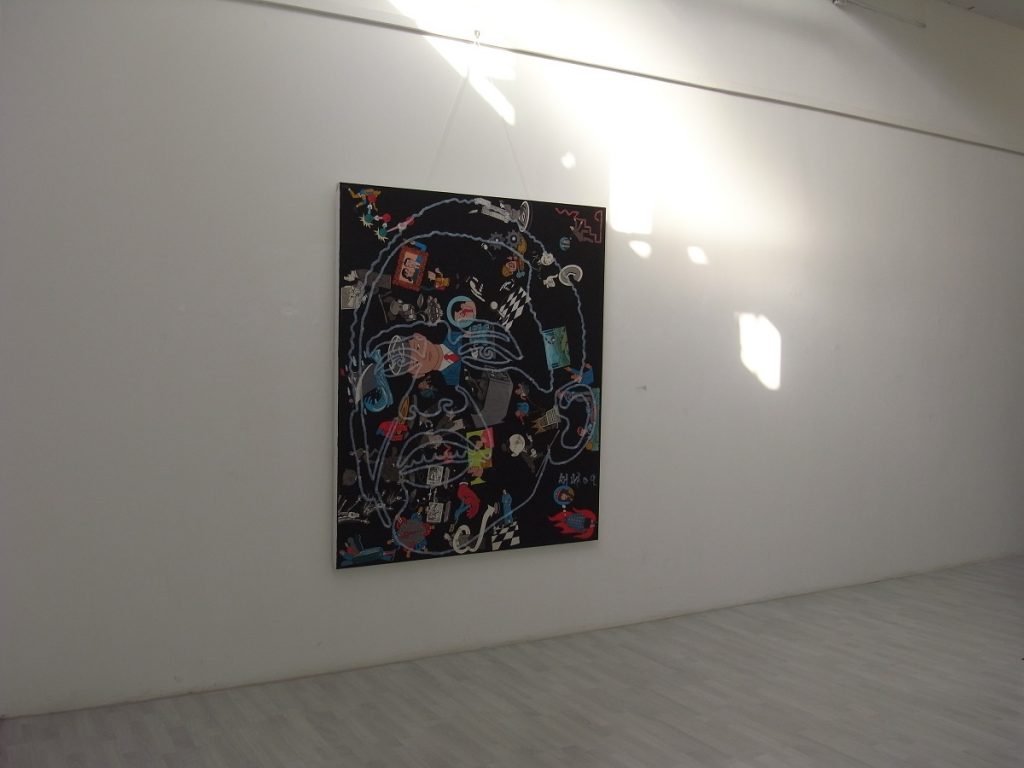 Different from previous works, we can find images in this showcase are women in various difficult gymnastic poses －as soon as seeing them we will immediately get a feeling that ourselves are stiff, cramp and tremble. But characters in drawings seem voluntarily and passive to keep that intense posture for a long time which bring absurd power to Liu’s works. Assuming poses is an intimation stimulating the association － the pace of material wealth accumulation in China mainland is amazing, but survival status of today’s modern life is not a good illustration of this development －people nowadays are eager to be a part of tide, however, they always lost their direction in money whirlpool; they are being terrified as well as worrying that there is one day they will be behind of the whole development, meanwhile, mismatch between imagination and reality drive them in an awkward situation. These metaphors will be showed directly in works like “Illustration”: with illustrations and hand written comments surrounded in background, stiff figures are giving an outlook of social reality. 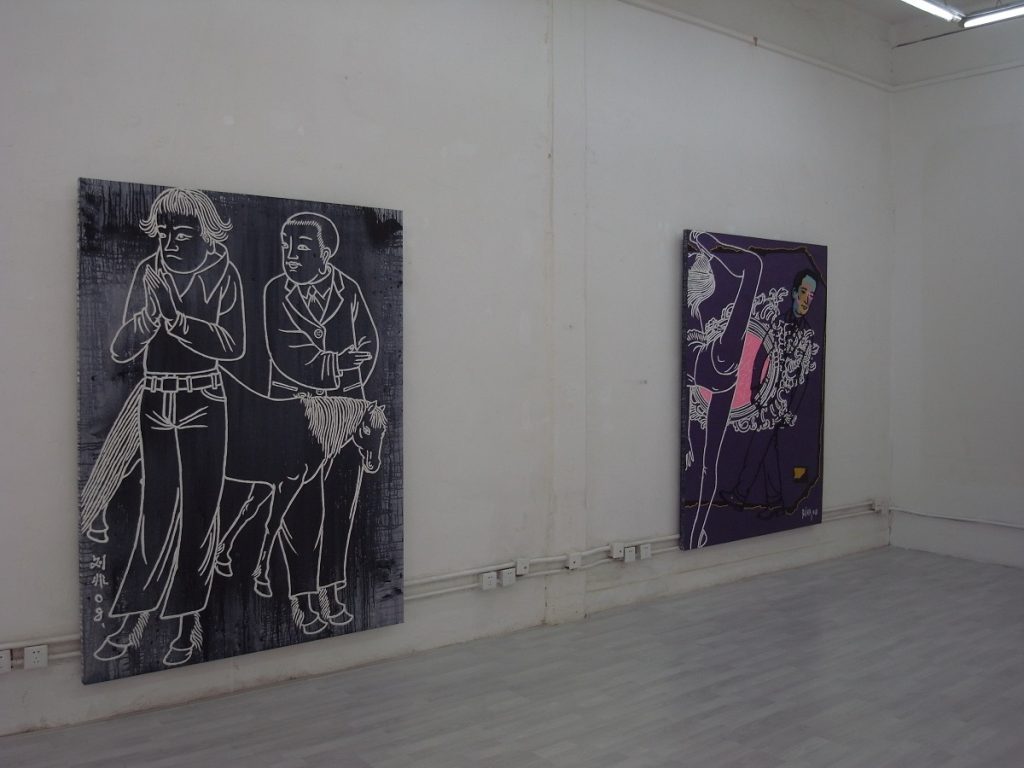