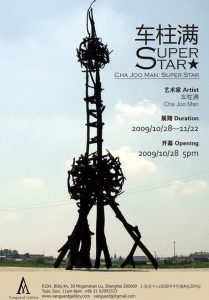 Cha Joo Man graduated from Hong IK University majoring in sculpture and studied further at the same school with M.F.A. Looking back to the previous Cha’s exhibition held in Vanguard Gallery, also his debut in China, we found in his workings that Cha Joo Man had profound thinking on the international politics and international relationship. As a Korean, Cha especially focus on the relationship between Korea and North Korea. In this exhibition displays the latest works of the artist and the viewer will find a new focus which the artist put on the society. 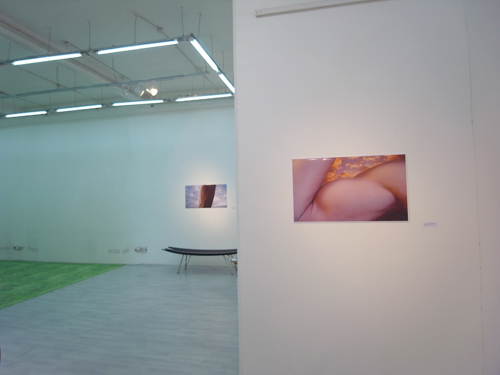 The latest works of the artist are sculpture architectures in various shapes. All these architectures are made of smoked wood. The artist combined those wood stick with the least knots. Thus, stood in front of us are these deja vu architectures: the Eiffel Tower in Paris, the East Original Pearl Tower in Shanghai and a super star. These prominent architectures are the products of city civilization and they stand for the image of a city. However, Cha Joo Man observes them from another perceptive. In his opinion, those architectures are constructed based on the destruction of the natural environment. From this point, production and destruction can be seen as a union. And the super star is Cha’s irony on the delusive consumption in the society. Constituted of the smoked wood, the fake star is not shining but we have to admit it has the shape of the star, besides, its size is much bigger than the real star in the sky. It deserves the name of “super star”. 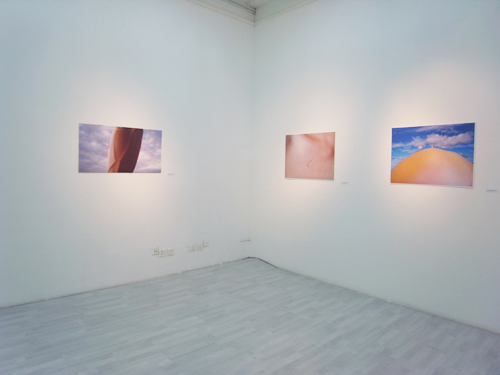 Take a close look on these works, you will find all these workings are transformed through an artistic distortion on the artist’ purpose. Cha Joo Man doubts such civilization and consumption phenomenon so he further expresses his questions on the fast-developing city civilization and daily-rotten consumption environment. The authentic experience and profound ponder on life and society makes his works time-honored, meanwhile, a whole new angle is provided for the viewer to inspect the society.

The exhibition will open on Oct 28 and on view through Nov 22.