The pieces in this body of wall and floor-based works consist of an amalgam of found and especially constructed objects and photographic imagery often with “domestic” connotations.

A ruin could be initially understood as site where something once was, a place where things once were whole, or living, but which are now fragmented, dispersed or visible only by faint indexes. This new body of work consists of an amalgam of found and especially constructed objects and photographic imagery often with ‘domestic’ connotations. Each ‘element’ is a visual articulation of ‘pictorial ruin’. Also, of course the ruin always suggests to us what we will also become. There may be an aspect of us that recognises the potential for the ruinous in ourselves – a sense of some broken (or breaking) possible self to which we are we compelled to return in some kind of uncanny repetition. A sense of slowly crumbling. Often the ruins of yesteryear form the backdrops for our projections of possible futures and it is no accident that they bare a remarkable resemblance to the post-apocalyptic visions envisaged in numerous sci-fi films and novels. In this sense the ruin is a perfect archetype.

However, in this body of work the ruin is signified by joyful assemblages of crumbling frames, richly coloured and textured fabrics juxtaposed with lichen, dust and the debris and detritus of a world post-carnage. There is a macabre sense of theatre and referencing to domestic spaces often the subject of ‘history painting’. 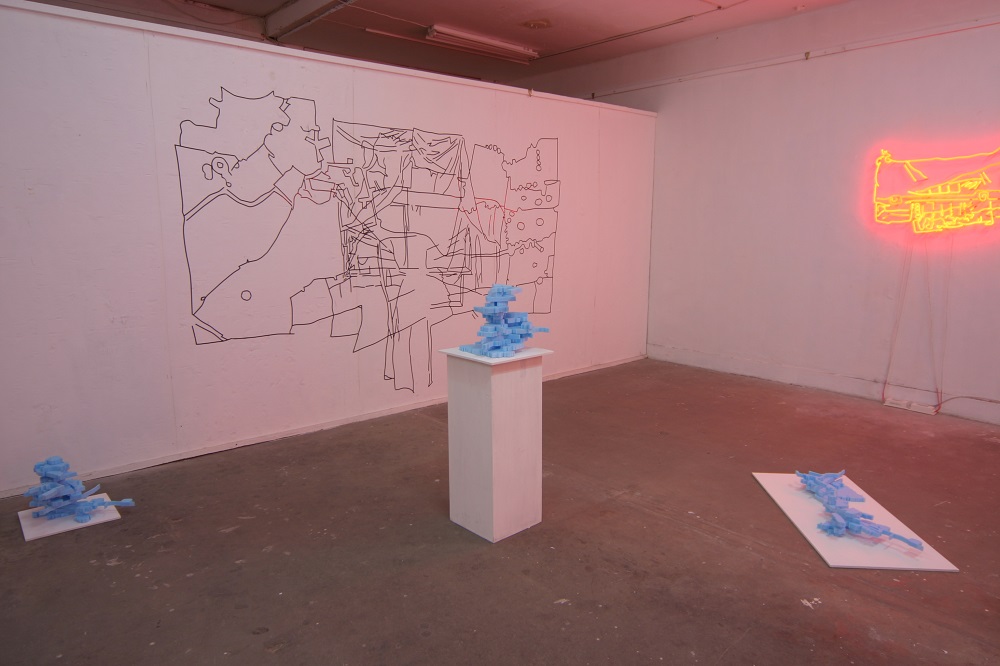 The idea of ruin in this body of work is much more connected to the idea of change and renewal, of ruin as verb as well as noun, of something in process and in the act of taking place in the here and now. In this sense the works sidestep an easy re-reading or reworking of aesthetic nihilism: there is a strong sense of ruin as something which is failing to keep a hold on itself, as a kind of acceptance of something ‘real’; an on going mistake or miscalculation – with often hilarious consequences. There is a real sense of the humdrum and ‘everydayness’ and yet this amplifies the feeling of ‘unhomeliness’. 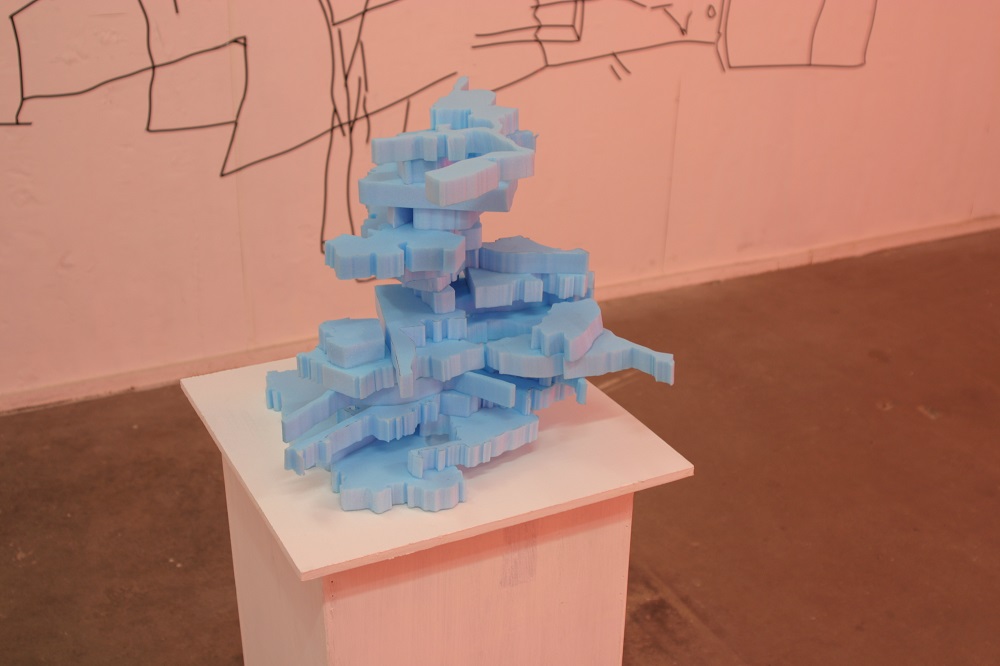 The idea of ruin can be summed up by how pictorial space has been approached and what has been selected to place within it. In fact, the works have been constructed with the notion of reflecting ‘viewing space’ and ‘pictorial space’ in mind, but which nevertheless come out of conventional artistic, studio based methodologies.

This approach calls into question the whole process and status of the art work and the notion of ‘passive viewing’ specifically asking if these ‘Seeing Walls’ are depictions of ruin, or are they the base material for the ruination of the way the space, and all it may or may not signify, is viewed or ‘consumed’?