Sun Xun’s works are predominantly monochromatic, highly detailed hand-drawn animation films. His works investigate the construction and narration of history.  “Clown’s Revolution” is the work he displayed during Holland Animation Festival, and the artist’s inspiration mostly came from the observation of Holland society.

The Chinese title “ Shi Ge Gong Chang” is given after an island in real life. There is a group of poets living on this island, and it’s an ideal little society. This is a dream we have always been chasing, and an utopian reality, which only exists in the pursuit of art. The English title is more like the pursuing process, which is full of absurdity and running circles. Sun Xun (1980) was born in Fuxin in Liaoning province. He graduated from the Print-making Department of the China Academy of Fine Arts in 2005, and established “π” Animation Studio in 2006. In 2010, Sun Xun finished his recent animation film “21KE” (21 Grams), and had its world premiere at the new “Orizzonti” section at the 67th Venice International Film Festival. This was the first Chinese animation film premiered at the Venice Film Festival. During 2010, Sun Xun has received several notable awards including “Chinese Contemporary Art Awards (CCAA Best Young Artist)” and “Taiwan Contemporary Art Link Young Art Award”. 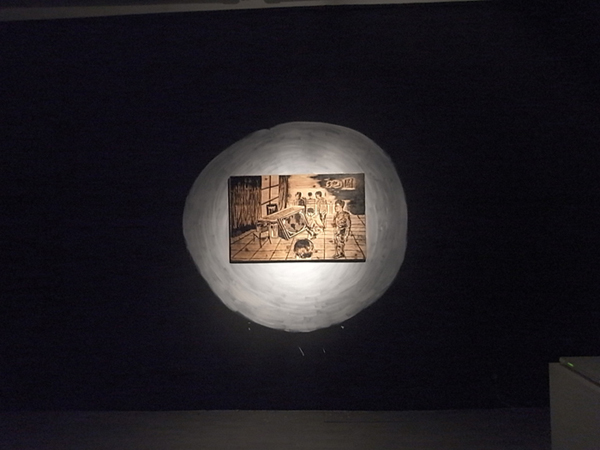 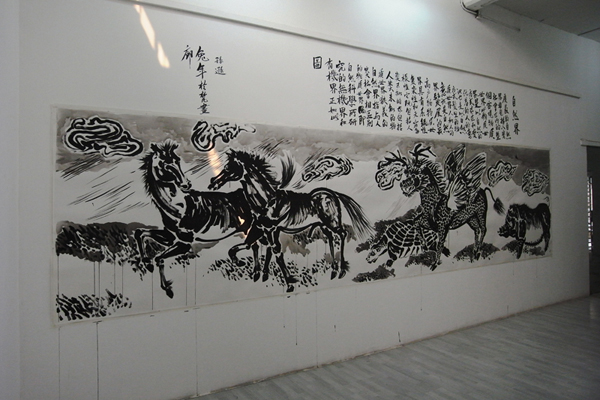 The exhibition “Clown’s Revolution” has started since 18th March, but due to some causes, only the video and some Chinese ink paintings which painted particularly for this exhibition have been displayed. The second opening will be held in Vanguard Gallery on 13th April. By then, the original manuscripts related to the video will be featured along with the video. The exhibition will continue until 15th May. The exhibition will continue until 15th May.