As an ongoing project launched from 2008, Gas Station aims to provide a platform for provoking the potential and imagination of young artists from which sparks, with new energy being continuously input, burst out not only in-between artists also between galleries and artists. The exhibition Gas Station VIII: The Rubber trumpet will open at July 11, 2015, presenting the new works of Guo Xi and Yi Xin Tong.

Having studied and worked in New York during the recent years, the two artists in this duo exhibition choose to divide one novel in halves, each taking one half as the narrative space for one own creation as well their collaboration. From last 30’s, the detective novelist Roy Vickers had started writing his crime fiction series “The Department of Dead Ends” in which he created a specialized department investigating cases without any clues where correct conclusions were drawn but through wrong reasoning as logic relations being formed among unreliable proofs, clues, intelligence, speculated evidence, involved parties and the incident. The Rubber trumpet is the first example of the Department of Dead Ends’ anti-scientific detective method in which the case, with the ending given at the beginning of the book by the author, is being almost absurdly reversed as it unfolds and the rubber trumpet, going in-between the roles and the incident, serves as the center of the whole mystery. 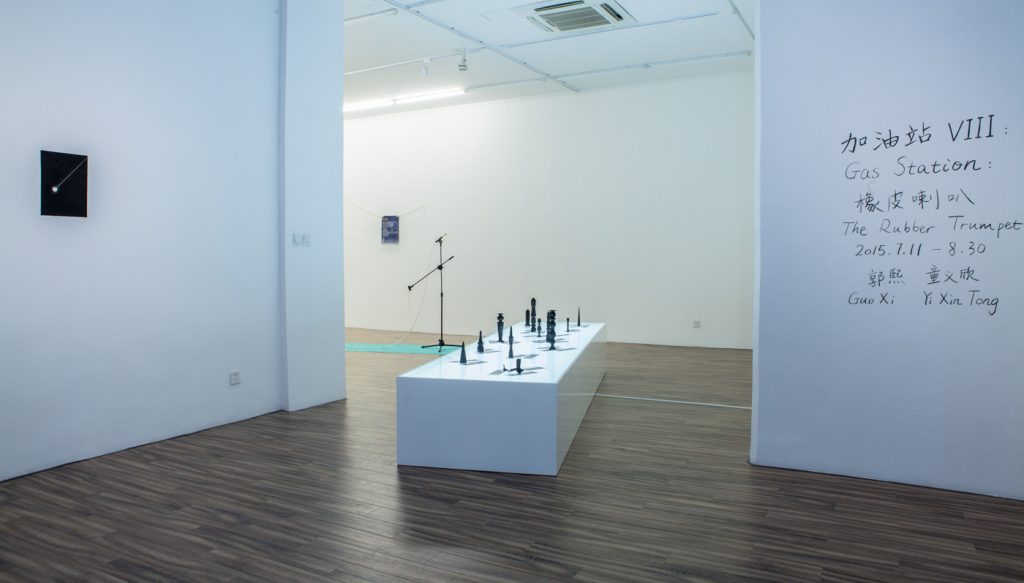 Fiction, being regarded by Guo Xi as the whispers from the back of the reality, is his artistic approach that has been presented in his recent works using high-density texts and images through which the spectators are all dragged by the complicated narrative networks into the branched vortex one after another. There never should have been an artist named Jia Siwen, one of his recent works, unfolding itself like chapters of a novel where the artist plays at the same time in double roles as himself and heteronyms, explores the conceptual structure and the interactive transition between faith, object and body. In Guo’s art, by constantly changing his narrative perspective and strategy, he attempts to pierce through the skin of the imagery world and the concepts tied onto it so that an exploratory and hypothetical space could be created. 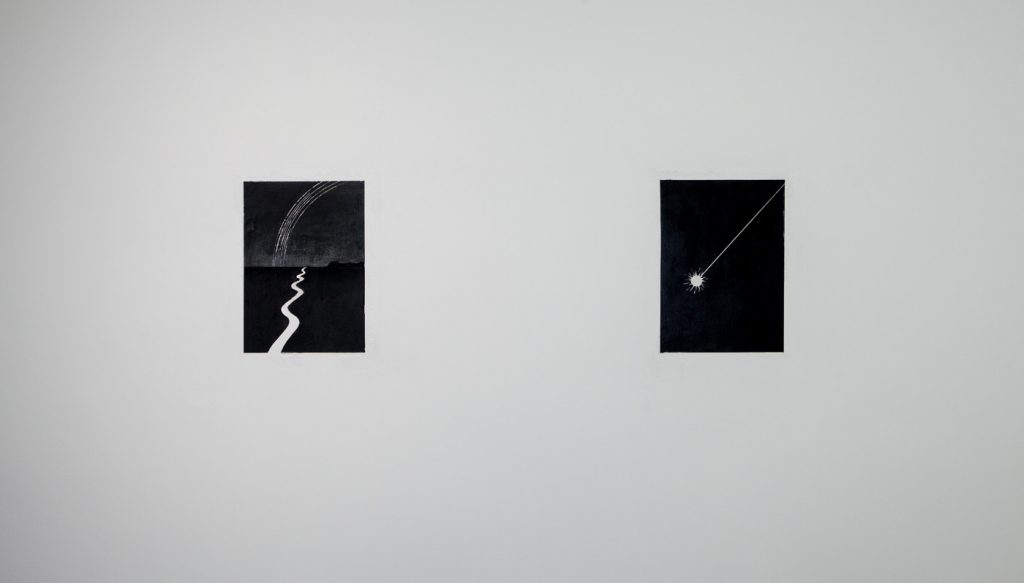 As an artist, musician and poet, Yi Xin Tong’s romantic but provocative thinking is well expressed in his multimedia installations, Internet-based projects, and books. In his recent works “Claude Is Allergic To Unicorns (2013)” and “Average Sweethearts: Dueling Scar & Driving Accident (2014)”, the constellation of texts, objects and images scattering in the exhibition room, for these fragments, collected and re-organized in advance by the artist, have fled away from our routine semiotic system and flow freely in a brand new sensitive space, which makes the spectators feel like falling into a poetic forest filled with fantasies where in literary and visual landscapes they start to wander around. 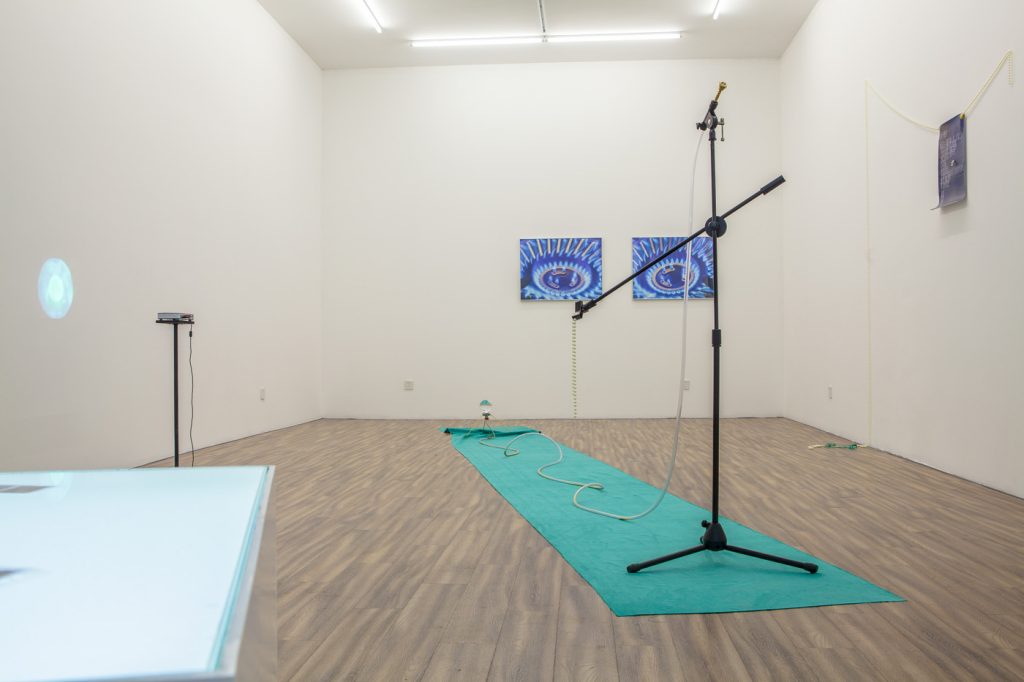 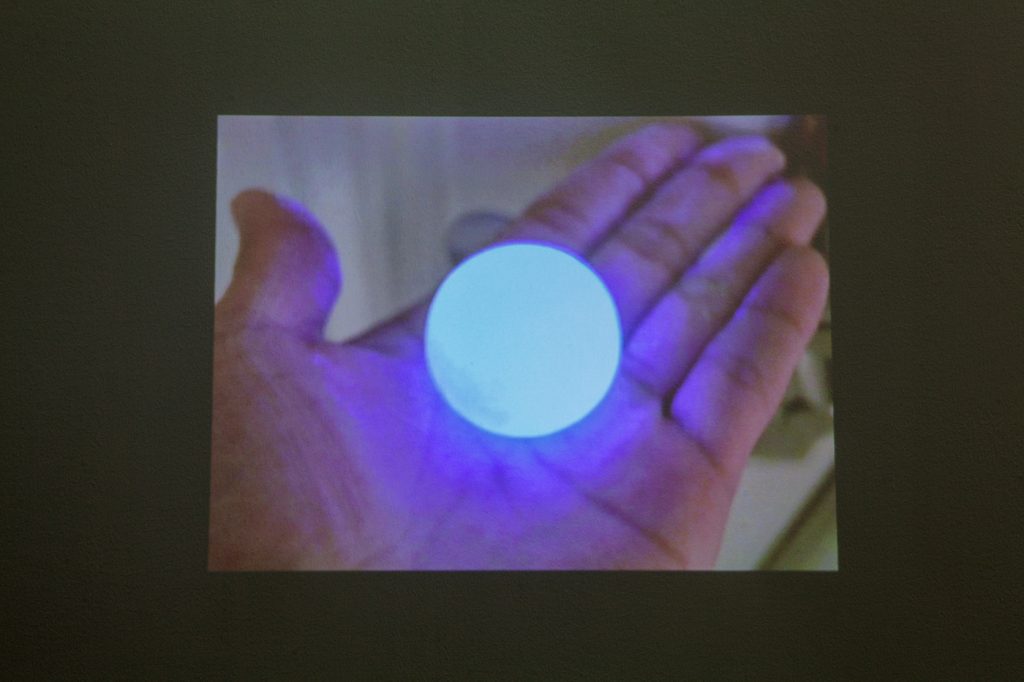 This exhibition will be exhibited at Vanguard gallery from July 11 till August 30 in 2015.