“North”is the first personal project by Li Zhenhua acting as an artist. During the exhibition, artist tends to represent his sealed memory of North Korea by the mode of printing out all the photos he once took there. This is a retrospective for personal memory, which is expected to be refreshed by interacting with viewers. 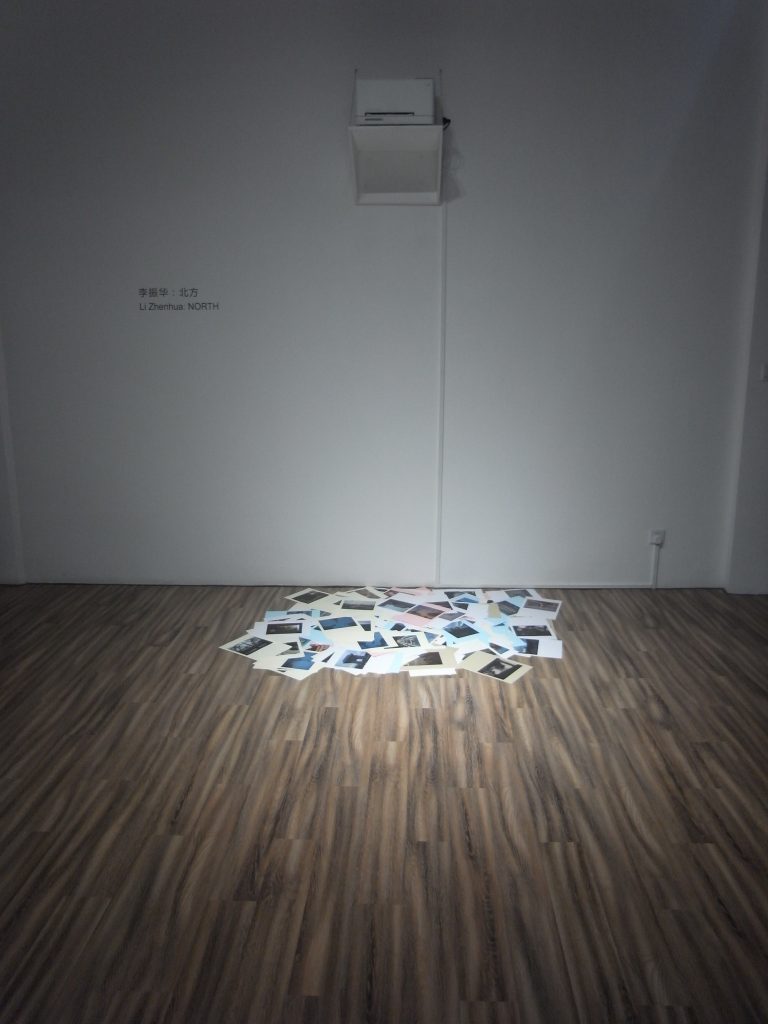 The artist once had the chance to enter the North Korea in 2005, and began his voyage there. By shooting pictures during the trip, he was able to capture every moment, just like what the contemporary people do everyday on Instagram. As time gose by, ten years after the trip, artist comes to the idea to share the memories sealed for ten years long. During the twelve days of the exhibition, the printer will slowly work out more than 200 pieces of his photopraph, which will drift down randomly to corners of the room just like fragments owning continuity. Artist intend to prelude the viewers into the depth of his memory through the comparatively open ways. Meanwhile, the viewers are invited to pick up your favorit photos and share the common memory by collecting them.

Li Zhenhua, as an active curator, is featured in exhibitions in an out the country. His Participation included The recently closed Ural Industrial Biennial of Contemporary Art and on-going Jimei-Arles International Photo Festival, and also Being awarded the curator of the year 2015 at “TANC ASIA PRIZE”. His multi-position make his practice blur the boundary of contemporary art. In the beginning of the year, his “Post”in Vitamin Space was the example of his practising the problem “how to collect contemporary art”. Whereas, in the end of 2015, Vanguard Galley will present his another continuity of his concept.

The trip was planned during September 9 to 16, 2004, however when I finally arrived in Beijing from Pyongyang, it was already September 17. We changed the train once in mid-way and were delayed for about two hours in one place. The whole train is left with only two carriages which had us in. It was a small platform being surrounded by wilderness. I finished the book <Lynch on Lynch> during the trip, which made me indulge in the imaginary films and the fragments of memories.

Finally, what remained with me after the trip to North Korea is the time formed by 244 pictures. They are presented in their original status, which have never been modified. The lighting, color and composition are exactly the same as the moment when the photos being taken. Not to arrange them is my intent to remain the moments in the photos at a special span. I’m hoping that when I view all the pictures, the natural rays of light and the moments constructed by people and things, will recall my memories 11 year long ago.