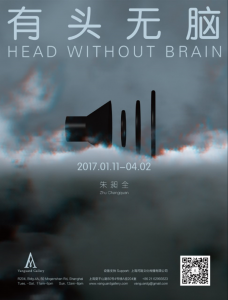 From 1987, the year Internet entered China, it’s less than 10 years since the civil Internet information’s explosion occurred. Before the arrival of self-media, our brains were not overwhelmed by images, sounds and words. We could easily respond to television’s single output, just talking about the pictures. Within self-media people began to participate in the free expressions of themselves. The long-standing suppression of emotions were released. It seemed that “everyone’s self-awareness” was closer to reality which also aroused the growth of new values. People were getting rid of the impact of the former to look for a new way to express their life. Media produced continuously for the public fast consumption in the name of culture. Thus, thinking became a story; consciousness became a landscape; thought became a celebrity.

In this regard, we should choose “obedience” but stay pessimistic which means to recapture the space in brain filled with information and get back the missing quality that we should have in order to establish an independent ecosystem for autonomy. This requires a stronger processor to hyperlink massive images, sounds and words, so as to achieve the true sense of self-awareness. The artist hopes to provide an autonomous way through the scene of images in order to release the viewer’s own accumulated experience.

Brain means thoughtful, strong-minded, discerning, flexible, having their own unique way of doing things and the ability to organize clues, free from universal hedonism, entirely above the general human. But “head without brain” means none of the above, only represents nothing and occupied with huge amounts of information. Can’t combs out their own thinking from that, in a completely unconscious state of chaos. This type of image is relatively simple, still, mediocre. The original state of the world’s most primary component is mediocre. Once reset, it is easier to create a new space where there are mountains, water, lightning and all elements can create a new life. The two videos and installation make the audience exposed to 1254-2016 this 700 years of time. Let time stand still and spread their own knowledge, picking them up arbitrarily to combine into issues.

Zhu Changquan was born in Shandong in 1989. He graduated from the Experimental Image studio, School of Inter-media Art, China Art Academy. Zhu Changquan currently lives and works in Hangzhou and Shanghai. He wants to analysis the influence of a variety of potential factors in the daily behavior to reveal the rule of daily life, He believes that the effectiveness of the image is not originates from the significance of itself, but due to their potential strength, and it can release the viewer’s own experience, and it can work more consciously in this big social machine. This is the first solo exhibition of the artist.