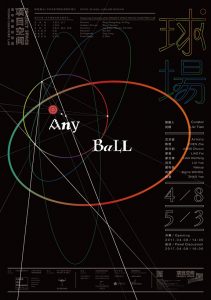 Though starting out in an almost identical initial state, never has one of the tens of thousands of matches repeated itself—— or, it’s done so in an instance that we were that we were unaware of.

The abstract mass point doesn’t exist, but it can be imagined. The quantum “adherence” which makes up the corporeal body is an unfathomable probability of sadhana, it can only be spoken of,  yet remains unobservable. When the synapse of the neuron which received information took place is unknown, conducting and directing you to leave ineffable traces. Humanity vibrates like pollen and drifts, our fetishes  forming various angles with the vector of the Fate.

Thus, the props of the match cast an elongated shadow, where the sea becomes a drip’s stadium, the boundary of the ripple elapses, restless turmoil and havoc endure in the threading of the needle. Dusk is thus the greeting and farewell of two celestial bodies, who themselves are but a few stones on a children’s game board. From the chaotic jumble of the urban-rural fringe, to the financial district where lump sums of wealth reside in towering skyscrapers, the sun which one sees upon raising one’s head is still the same sun, why not place the fate of the entire race inside a chicken egg?

Leaving the basic conformity of mathematical models and game’s rules, coming out from the bstract vanishing point and to extrude the kaleidoscopic creatures of the umwelt, where an evermore complexGeist and phenomenological realm unfold: Humanity is a slow but blazing oxide, its this blend of accuracy and contingency is where the mystery of the world lies, inseparable and “sondern dass sie ist”(but that it exists).

It is all along an open competition.