Yuki Onodera is an artist who masters photography that takes form in contemporary art.  She uses methods such as clipping newspaper, and machining the works while completing her creation using silver salts photography. She uses any possible method to realize her works, whether this means taking photographs with a marble inside her camera, or creating a story out of a legend and traveling to the ends of the earth to shoot it. Onodera’s experimental work, which does not fit within schemas of “photography” often poses two questions: what is photography, and what can be done through it? Her works are held in collections around the world, including those of Centre Georges Pompidou, San Francisco Museum of Modern Art, The J. Paul Getty Museum, Shanghai Art Museum and The Tokyo Metropolitan Museum of Photography.

For Liao Fei, working begins from the doubts he had about surroundings and himself. Liao has strong suspect about duality, but on the other hand, he holds severe interestin the aesthetic feeling based on that. This has encouraged him to practice his creation and took “material” as a clue from 2011. He gradually expanded his working scope to the measurement based on duality and the systemitself. He continuously pays close attention to the construction and operation of cognitive system, and the presentation of power discipline in the spatial planning. He uses installation, video and other channels to reveal the absurdity under the seemingly reasonable surface.

Antoni Muntadas was an early pioneer of video and installation in the mid-seventies, and he is continuely working with photography, video, installation, audio recording, and urban intervention. Through his works headdresses social, political, and conmunication issues such as the relationship between public and private space within social frameworks, and investigates channels of information and the ways they may be used to sensor or promulgate ideas. His work is considered to be one of the important drives for the recognition of video culture in the context of contemporary art. Muntadas has recived several prizes and grants from sources including the Solomon R.Guggenheim Foundation， the Rockefeller Foundation, The National Endowment for the Arts, The New York state Council on the Arts, Arts Electronical in Linz, Laser d’Or in Locamo,The premi Nacional d’Arts Plàstiques, awarded by the Catalan Government, the Premio Nacional de Arts Plàsticas 2005, and the premio Velàzquez de las Artes Plàsticas 2009, granted by the Spanish Ministry of Culture. 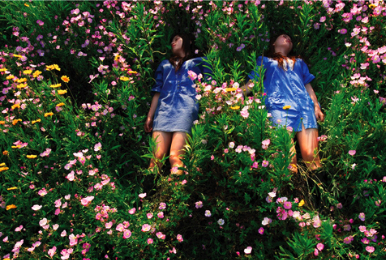 As a female artist, active in fields of video and performance, Peng Yun has been keenly and persistently exploring female consciousness with her gender identity. From “Summer of Xiaoduo” in 2009 to video “SARA” as most recent work, the artist’s projects demonstrate a reflection of roles and changes in female psychology along her development as an artist.