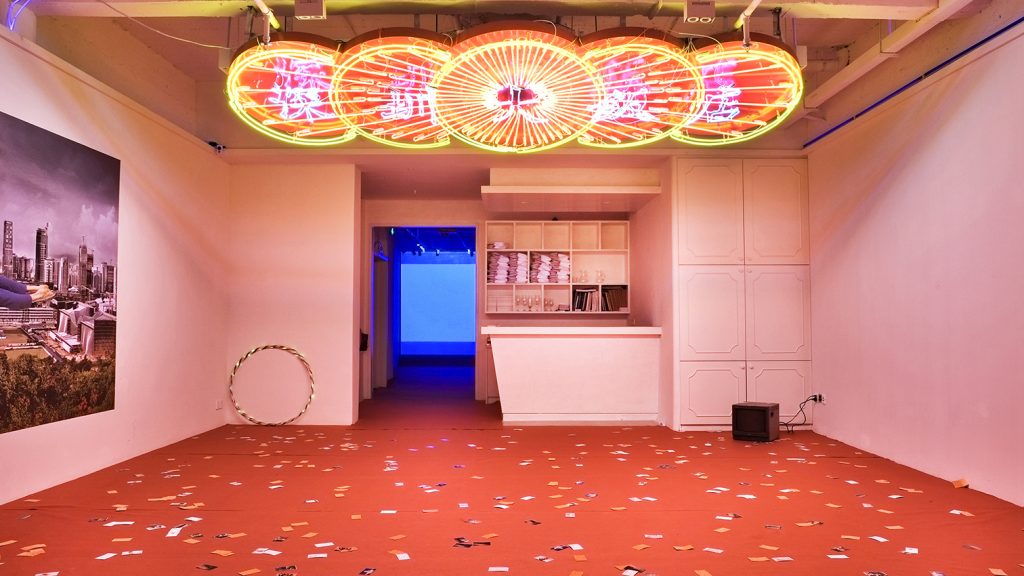 Jiu Society’s solo exhibition” Lost in Shenzhen”  will be presented at the Center For Chinese  Contempory  Art (CFCCA) in Manchester on August 2, 2019, and it will last until October 19.

In Gallery 2 emerging artist collective Jiū Society will recreate their ambitious project Lost in Shenzhen, a mixed media installation first shown in China in 2016. Jiū Society consists of three young artists Fang Di, Ji Hao and Jin Haofan. ‘Jiū’ is the Chinese Pinyin that ‘describes the sound of animals, birds and insects’ but also refers to the sound of kissing in Japanese.

Since forming in 2015, Jiū Society has been creating works about the collective experience of the city, characterised by burgeoning economic growth, rapid urban regeneration and a coalescence of cultures. As the first generation born and raised in Shenzhen after the economic reform, they have witnessed the transformation of Pearl River Delta megalopolis: an area made up of some of the world’s most rapidly developing cities including Shenzhen, Guangzhou, Zhuhai and Hong Kong.

Lost in Shenzhen consists of neon lights, sculptures, photographs and short films including Jiu Bobo and360° Without Dead Ends. These works are housed within the installation Shenzhen Grand Hotel, which is an imaginative recreation of hotels built from the 80-90s catered towards migrant workers and the escort business. By using lucid colours and kitsch imagery, the installation partly mocks the absurdity and seediness of such establishments, whilst simultaneously provoking a sense of nostalgia. Lost in Shenzhen offers a fresh perspective into the life of Chinese megacities by illustrating both the marvel and chaos contained within. 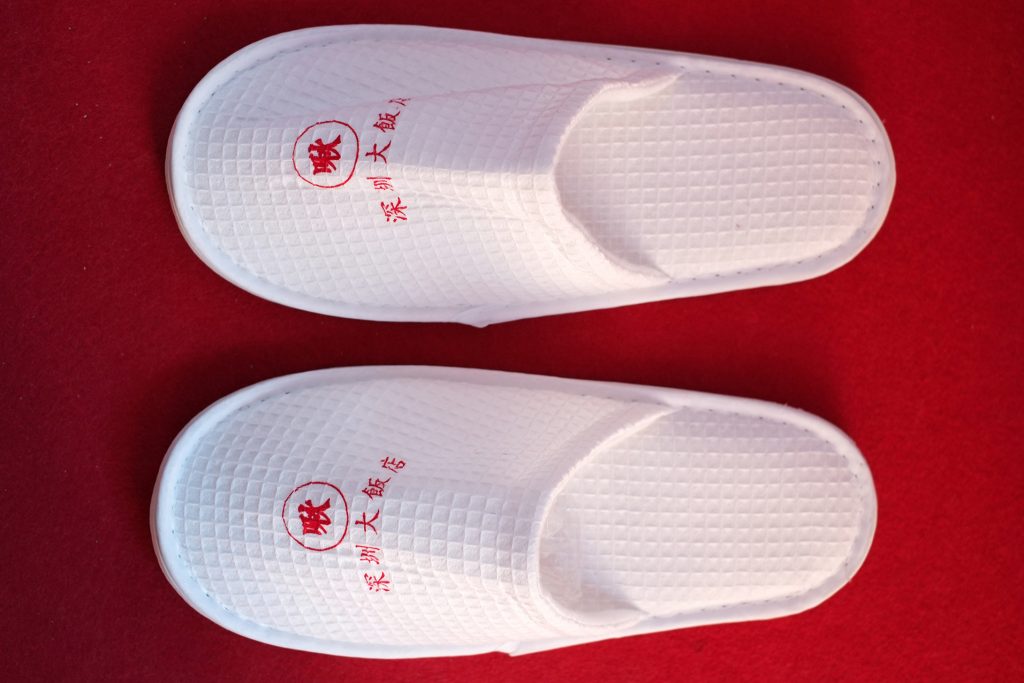