As the car is pulling over, one can already smell food and wine from the restaurant. In the dim light, several black waiters are busy serving the tables. Both the décor and the music are old, bringing people back through time to the 80s. This is the Golden Bowl, the oldest Chinese restaurant in Port Moresby, capital of Papua New Guinea. The exterior of the restaurant building looks like a flying saucer in octagonal. The simple yet strong dishes they provide bring people back to the 40 years ago Taishan. 81- year- old Tony Chen, the owner of the restaurant, often recommends the Golden Bowl’s special “fired stonefish” to his distinguished customers. He would pick out the fish from tank with his bare hands and place it on the table, telling the guests that the fishbone is poisonous.

From the seated guests one can already tell that this Chinese restaurant, which has been in business for more than 30 years in the capital, must have some influential socio-political background. Chen Guocai, who picked stonefish with bare hands, is the cousin of Sir Julius Chan, the second prime minister of Papua New Guinea. The Golden Bowl is located right across the chancellery, surrounded by various government ministries. It is a high-class social gathering space for dignitaries thus it becomes not only a restaurant, but also an information exchange center. At noon, you can see grandees coming in and out, enterprises banqueting here. “Splendor and wealth” and “a combat between dragon and tiger ” would be keywords describing the Golden Bowl in front of you.

Fang Di has been working in Port Moresby, the capital of Papua New Guinea, for three years. He has built some ties with the locals, heard the slightest wind on the island. This exhibition intent to reveal this forgotten country, where dramatic changes are taking place. In the exhibition, The Magical Pipes filmed a popular native musical instrument among south pacific islands, which uses pipes made from natural materials such as bamboo. Such instrument is part of the tradition and culture of the indigenous people who play it. The work aims to study the instruments performances, as well as its history and how it has become a part of the lives of particularly two groups of people; the Bougainville people of the Autonomous region of Bougainville and the Malaita people in the Solomon Islands. The film Minister tells the remarkable story of how the Australian immigrant Justin Tkatchenkode became the first white minister in Papua New Guinea over the past 25 years. In the short span of a decade after he joined Papua New Guinean nationality, the primitive tribe-based country was gradually pushed onto the world stage. Today, the Chinese construction companies, Fujian businessmen, oversea investments and various cooperation under the Belt and Road policy are gradually changing the fate of this region.

Vanguard Gallery is presenting Fang Di’s solo exhibition The Golden Bowl on November 6th. It is Fang Di’s first solo exhibition in the gallery, showing his recent works from the past year, which is also drawing to an end of his life in Papua New Guinea temporarily. The exhibition will last until January 5th, 2020. 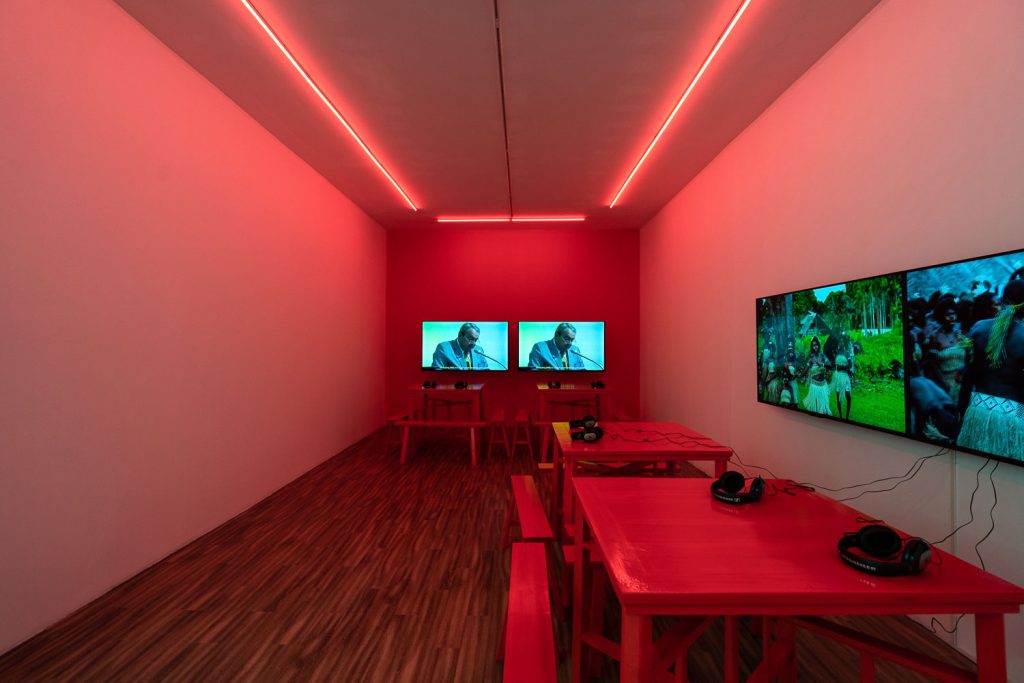