On November 3, 2019, the contemporary art project “Annealing” of this year will be officially launched at Shanghai Museum of Glass. This year, Shanghai Museum of Glass invited two artists – SUN Xun and Kelvin Kyung Kun PARK  to create their works utilizing glass as one of the main media. After more than one years’preparation, Kelvin will present a wonderful solo exhibitions, namelyDouble Mirror  respectively. 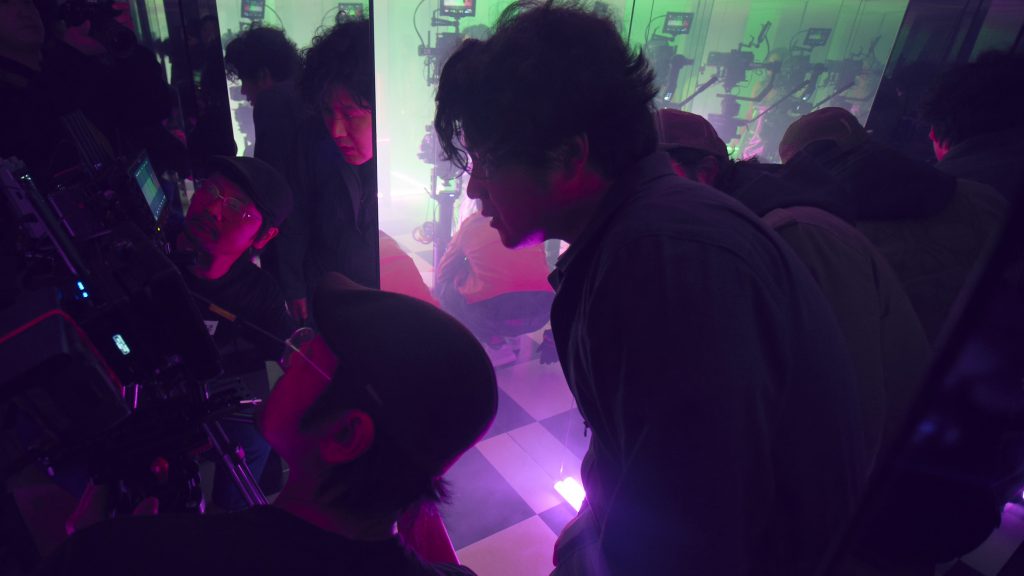 Over the past ten years, Kelvin has been creating with moving images. The industrial history of Korea in the past few decades, the trauma of military service and the psychological mechanism of popular culture have together formed the theme of his creation. He has constructed his unique creative subjectivity through his exploration of the emotional structure in different social and political situations. In this project, Kelvin starts from “questioning the subjectivity of video artists in their work” and attempts to explore the more complicated desire mechanism related to the motivation of “watching”.

In this exhibition, Kelvin deploys a large number of dynamic glass mechanical installations, which rotate and transform in the space, vaguely implying the unpredictable and uncontrollable uncertainties in human nature. However, it is these uncertainties that fascinated the human nature and man could never refuse. Apart from glass installations, his latest video works feature a pair of twins, depicting the psychological mechanism of sub-consciousness and continuing to expand the implication of uncertainty from the installations.

Kelvin Kyung Kun Park is an award-winning filmmaker andvisual artist from Seoul who works primarily in film and video, photography andinstallations. In 2018, he was nominated for “Korea Art Prize”, and won 2018BIFF Mecenat Award (Documentaries).

Kelvin’s creations mainly include documentaries, videos and installations. His work frequently takes inspiration from the culturalanxieties, myths and narratives that inform South Korea’s identity. He hasscreened his highly acclaimed first full-length film, “CheonggyecheonMedley”, 2010, at various international venues, including the Berlin FilmFestival, Busan International Film Festival, Warsaw Planet Doc Film Festival,Los Angeles Film Festival, Hot Docs, among others. Park’s video installationworks have been shown at the Ilmin Museum of Art in Seoul and Daegu Art Museum,Arko Art Gallery, Opsis Art Gallery, and the 2012 Taipei Biennale. Parkfollowed his debut up with “A Dream of Iron”, which debuted atthe Berlin International Film Festival. The film featuring a series of visualtableaux filmed at the Pohang Steel Company and Hyundai Shipyard, won theNETPAC Award at Berlinale and subsequently played at the Museum of Modern Artin New York and at the Sharjah Bienniale.