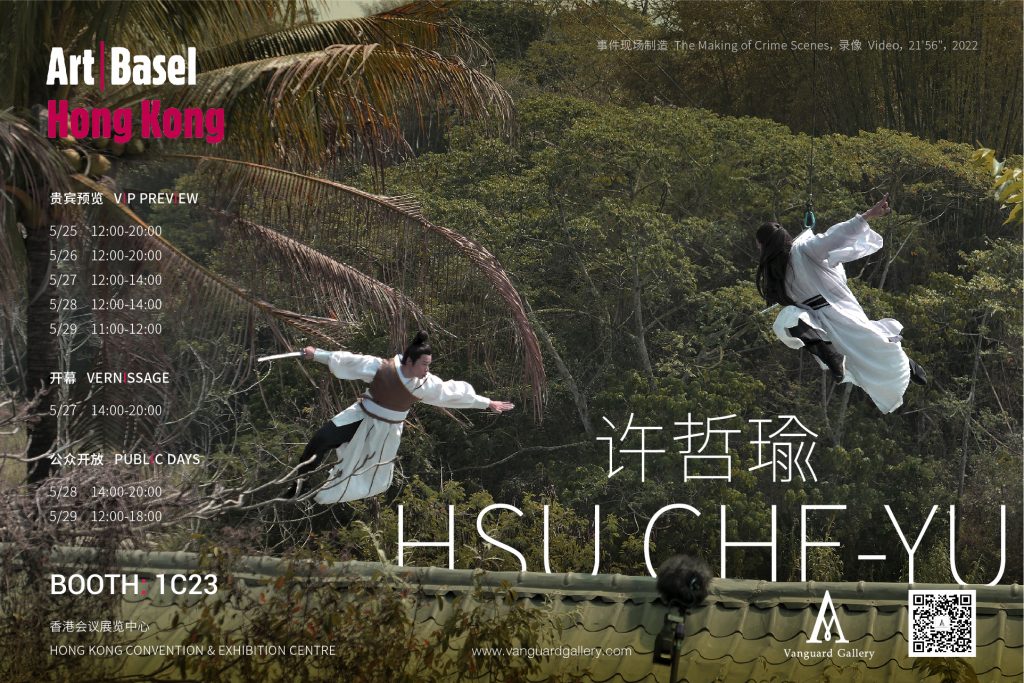 Vanguard Gallery is pleased to present “The Making of Crime Scenes”, a solo project by Hsu Che-Yu, at Art Basel Hong Kong 2022.Starting from a gunman involved in a murder case, Hsu seeks to reflect the collective unconscious within society and politics through the gunman’s multiple peculiar roles—a filmmaker, a killer, a gangster, and a patriot.

In 1984, when Taiwan was still under Martial Law, a Taiwanese American writer Henry Liu was shot to death in his own house in the US by a Taiwanese assassin. Afterward, due to the intervention and investigation of the US government authorities, this case was eventually confirmed to be a political murder jointly committed by the Military Intelligence Bureau and the biggest mafia United Bamboo Gang in Taiwan, as the government paid the mafia to kill Henry Liu. In the end, the Taiwanese government negotiated with Henry Liu’s family, who signed a non-disclosure agreement, part of which prohibited the revelation of the case in the form of cinema.

The protagonist of this work, Wu Dun, is the assassin who fired the shot at the time. After the case was exposed, the Taiwanese authorities were pressured by the US, and Wu Dun was thus sentenced to life imprisonment. However, he was given amnesty and discharged from prison after six years. After he got out of prison, Wu Dun remained an important member of the United Bamboo Gang, and he established a film company as a producer with the support of his mafia influence, making several “wuxia films” – refers to specific traditional Chinese swordplay films. In the genre of “wuxia film,” the story of the conflicts between a government and local gangsters has often been the main theme, along with a strongly nationalistic ideology. In this work, the artist revisited the film studio that was once used by Wu Dun and is now deserted to recompose the fragments of the political assassination and the scenes of wuxia films, and I cooperated with a 3D scanning team—their job is to provide forensic scanning service at crime scenes—to make a digital double of Wu Dun. 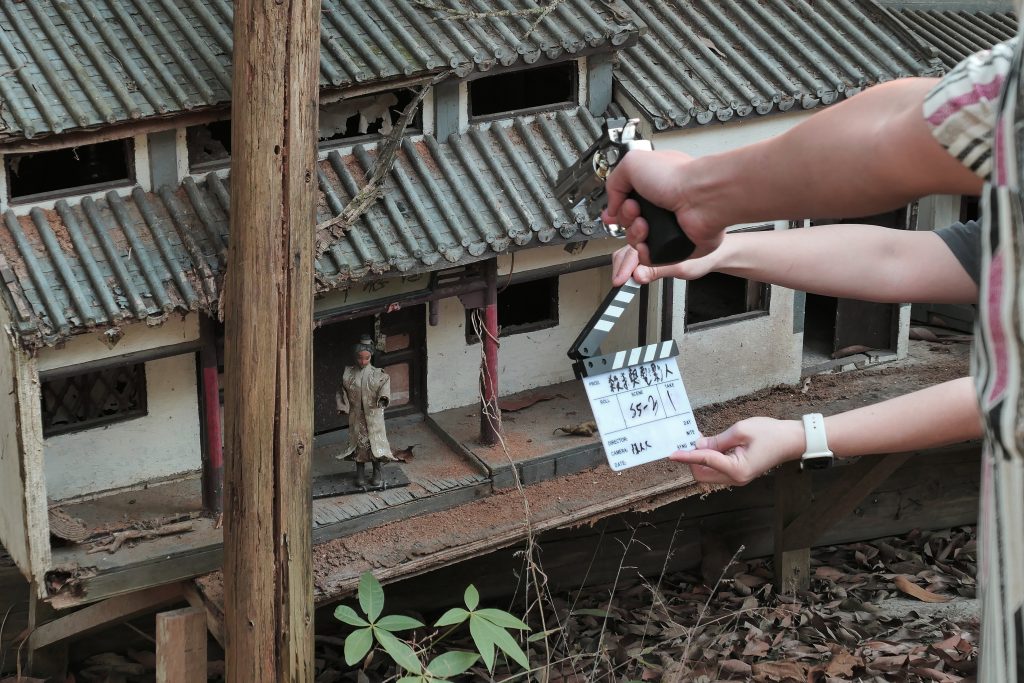 “Reproduce a dog, a chicken, a child, and a foot with mold-turning and digital technology. Experiment of reproducing the boundary of the body in an unstable shaping process. In the process of turning the mold, the substance condenses from a viscous liquid to a solid, and the digital scanning technology affected by the influence of external environmental disturbances causes the flow and fragmentation of the image; I try to draw the body from the perspective of the material in the experiment with the texture.” 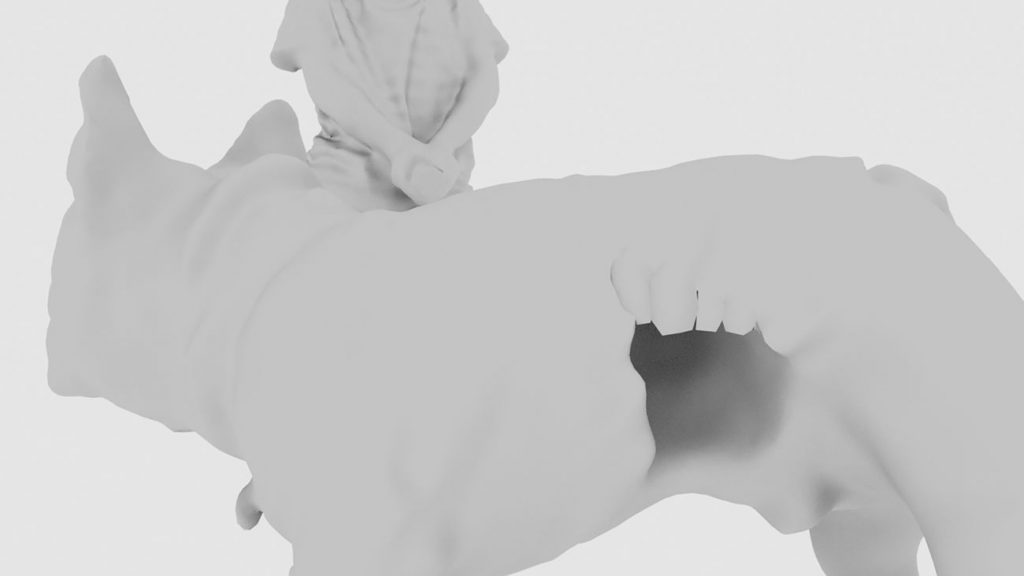 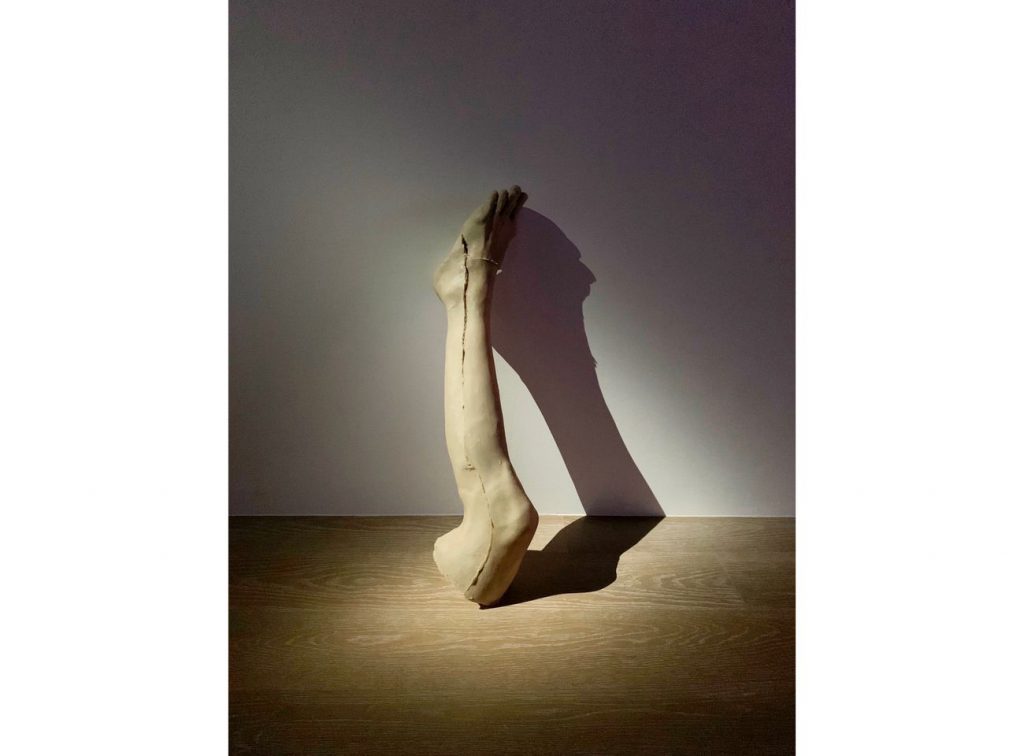 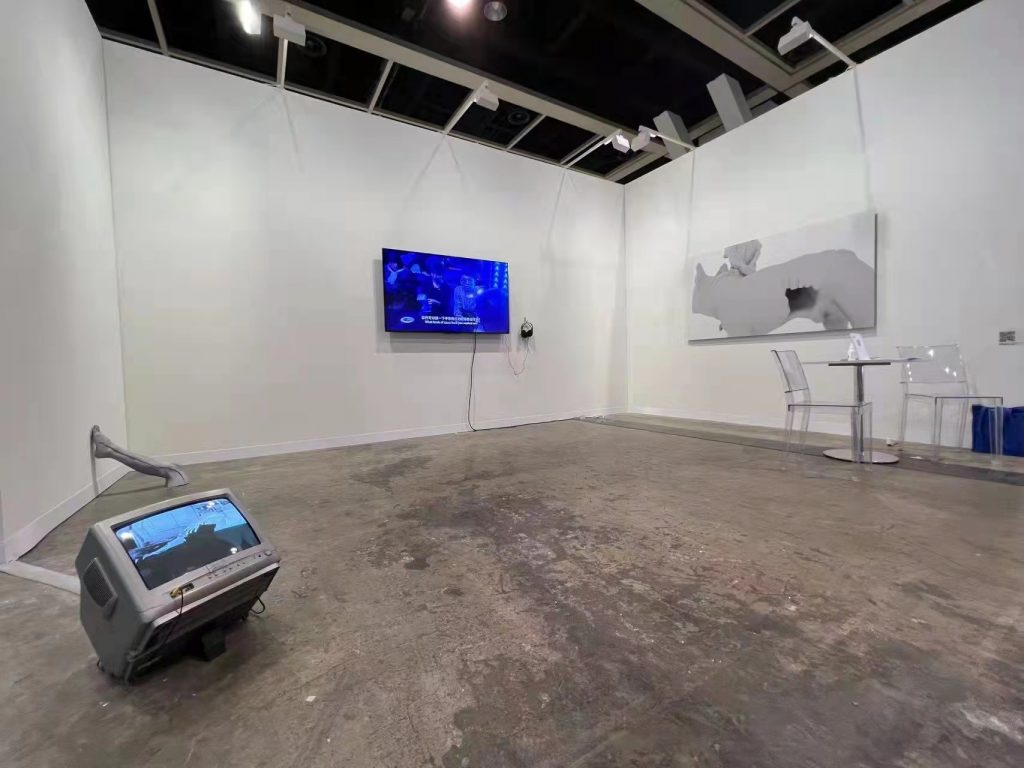 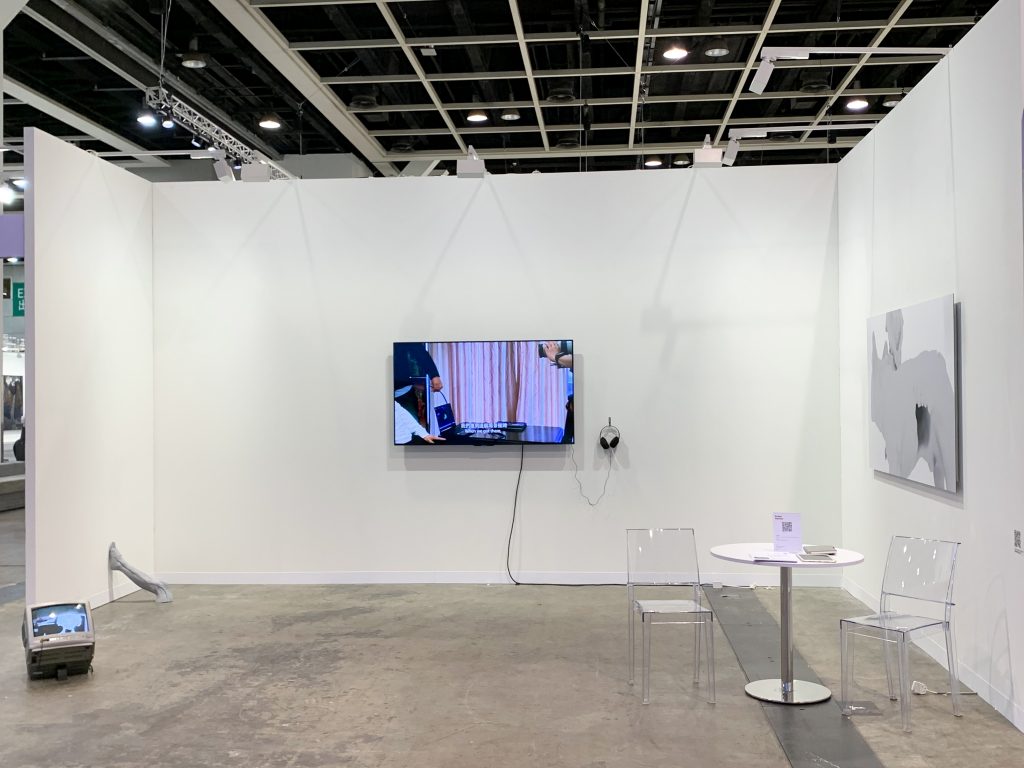 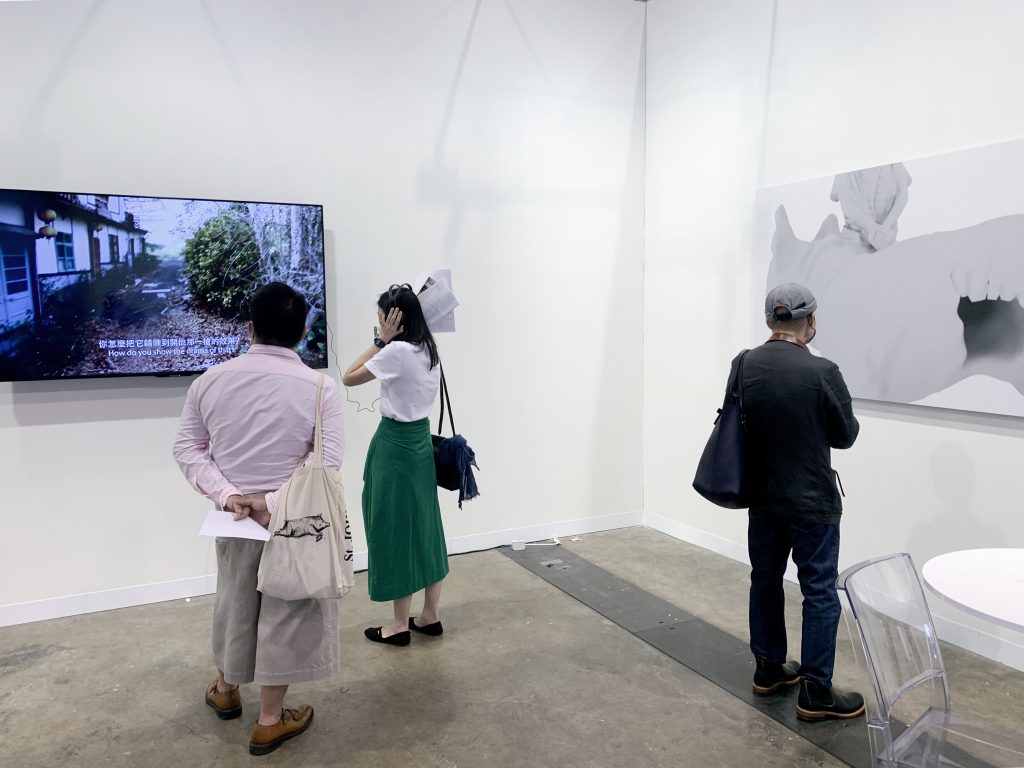 Hsu Che-Yu works as an artist who primarily creates animations, videos and installations that feature the relations between media and memories. What matters to the artist is not simply the history of events traceable through media, but also the construction and visualization of memories, be they private or collective.