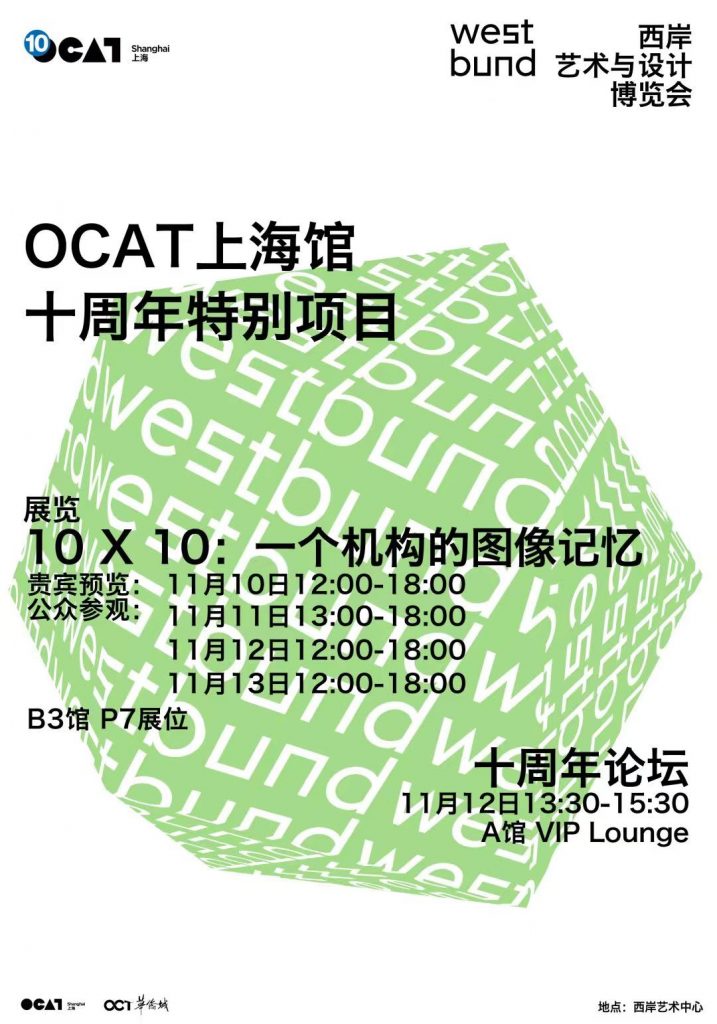 OCAT Shanghai 10th Anniversary Special Project is presented at the 9th West Bund Art & Design Fair from November 10th to 13th, 2022, inviting artists who have collaborated in solo/dual exhibitions in the institution between 2012 and 2022, so as to construct an image monument of the OCAT practices along the years.

In this project, Antoni Muntadas and Kelvin Kyung Kun Park presented respectively video works “This is not an Advertisement” and “Stairway to Heaven“, along with Zhu Changquan’s “Transplant” and “Decompress with breath“, etc. 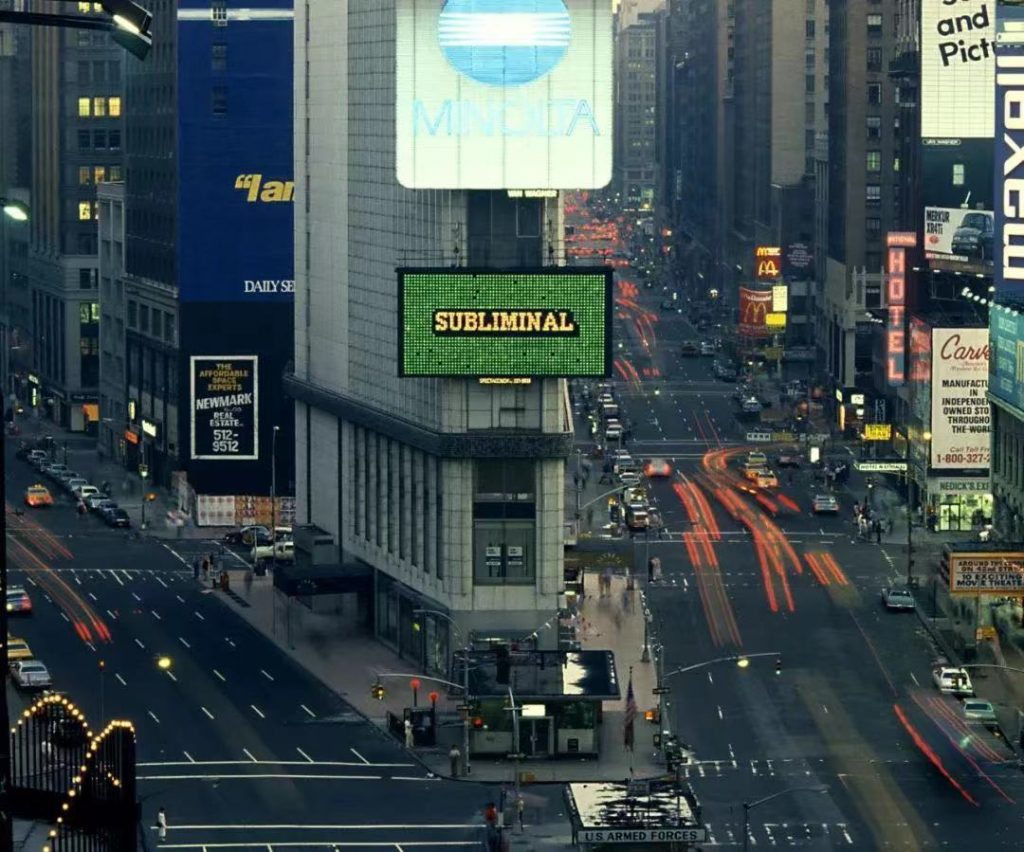 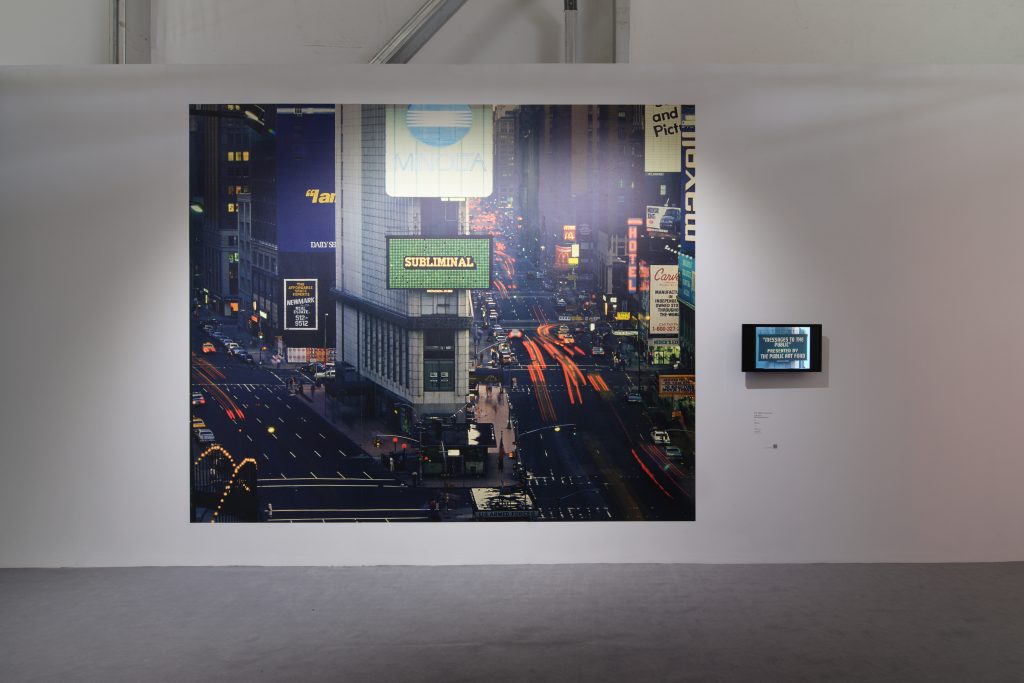 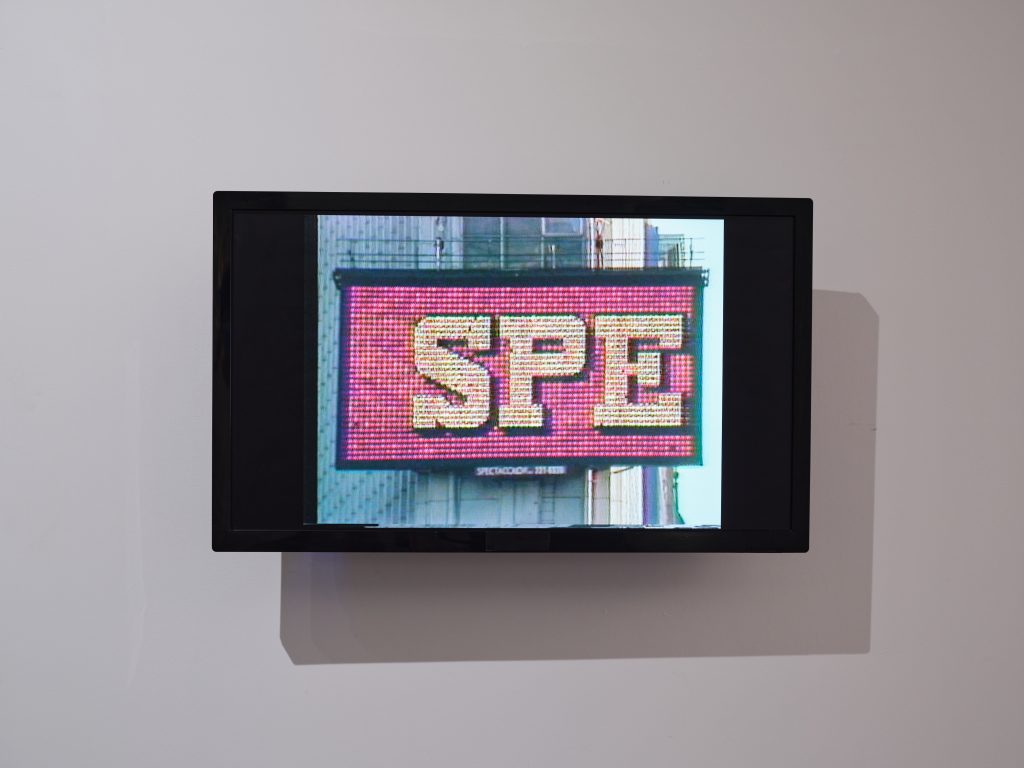 This is not an Advertisement @“OCAT Shanghai in Pictures”, West Bund Art Fair, 2022 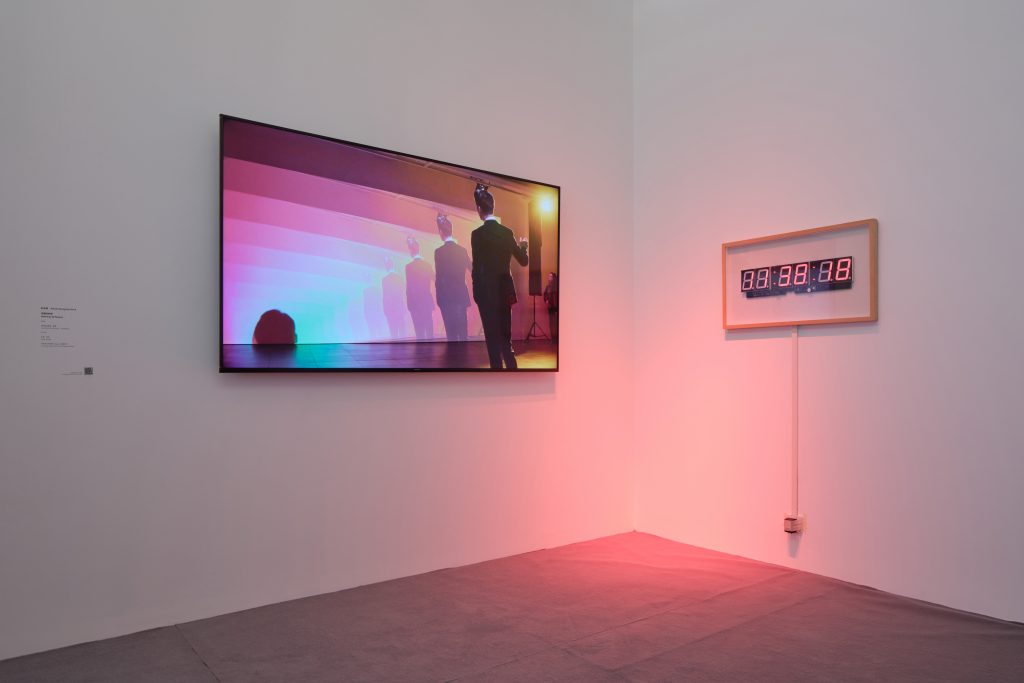 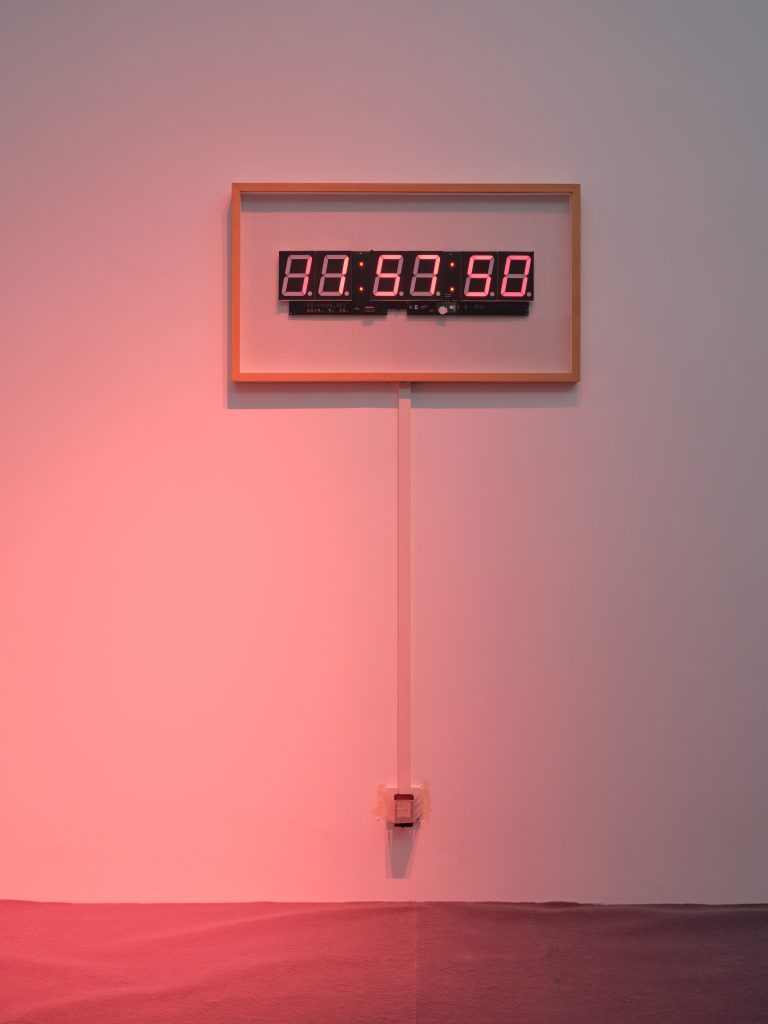 Authentic language, neither pertains to memories, nor would be influenced by any other objects. To dissolve the narrative function of language from daily life, it gets released from its function of iterating an issue, then becomes nothing but “intonations”. In “Transplant”, the logic of language has been reshuffled and rebuilt like algorithms that is deduced into an expression without representing any issues. 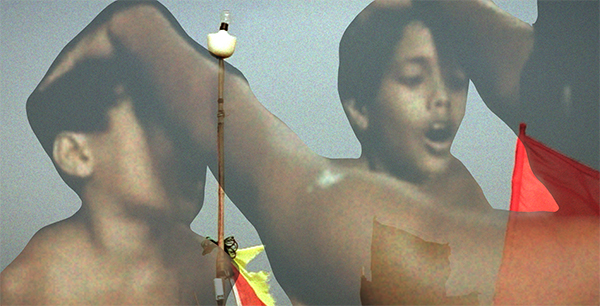 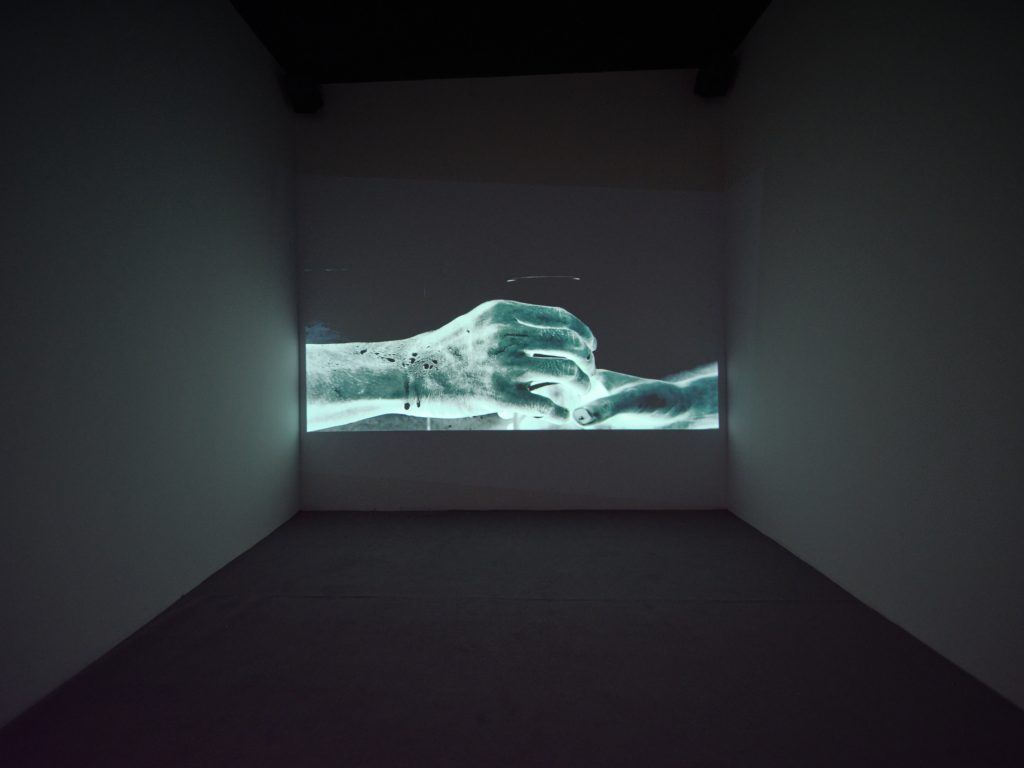 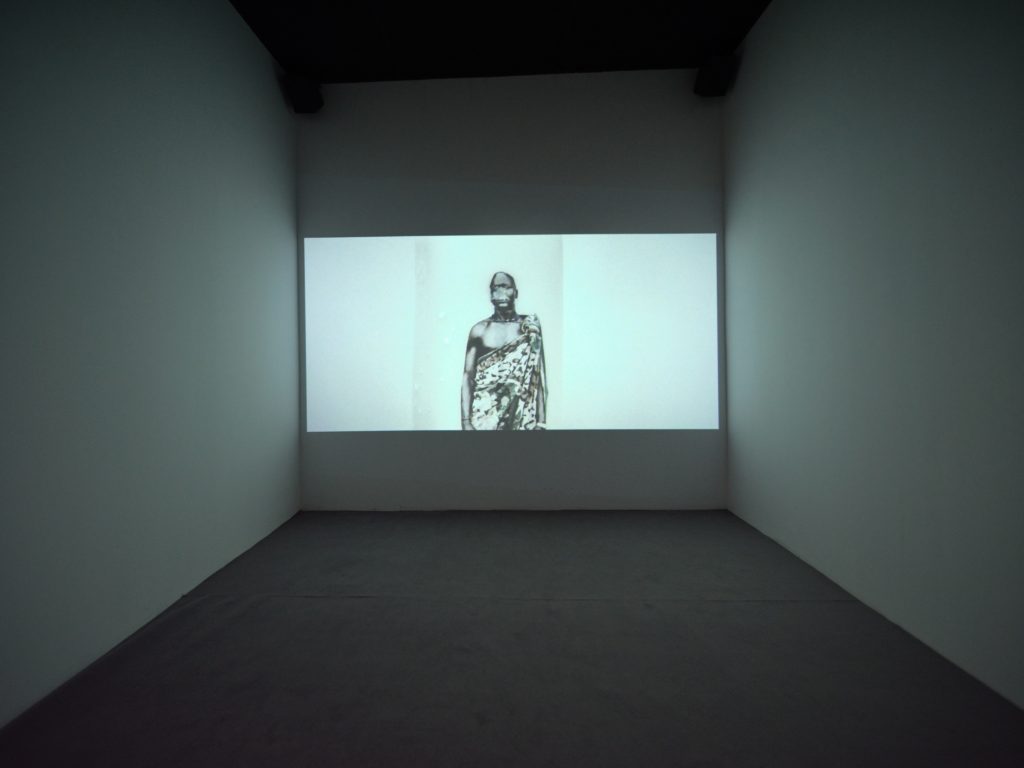 Antoni Muntadas has been the recipient of several international prizes and grants, including those of the John Simon Guggenheim Memorial Foundation, the Rockefeller Foundation, the National Endowment for the Arts, the New York State Council on the Arts, Arts Electronica in Linz, Laser d’Or inLocarno, the Premi Nacional d’Arts Plàstiques awarded by the Catalan Government, the Premio Nacional de Artes Plásticas 2005 and Premio Velázquez de las Artes Plásticas 2009 granted by the Spanish Ministry of Culture. His works has been collected by important museums but also by public and private collections such as Centre Pompidou (Paris), Colección “la Caixa” (Barcelona), DZ Bank AG (Frankfurt), Fundação de Serralves (Porto, Portugal), Fundación Botín (Santander, Spain), Kunsthalle Bremen, Solomon R. Guggenheim Museum (New York), or Tate Modern (London), among others. He has been a Professor at MIT in Cambridge, Massachusetts for more than 30 years. He is currently a Professor at the Instituto Universitario di Architettura del Veneto (IUAV) in Venice.