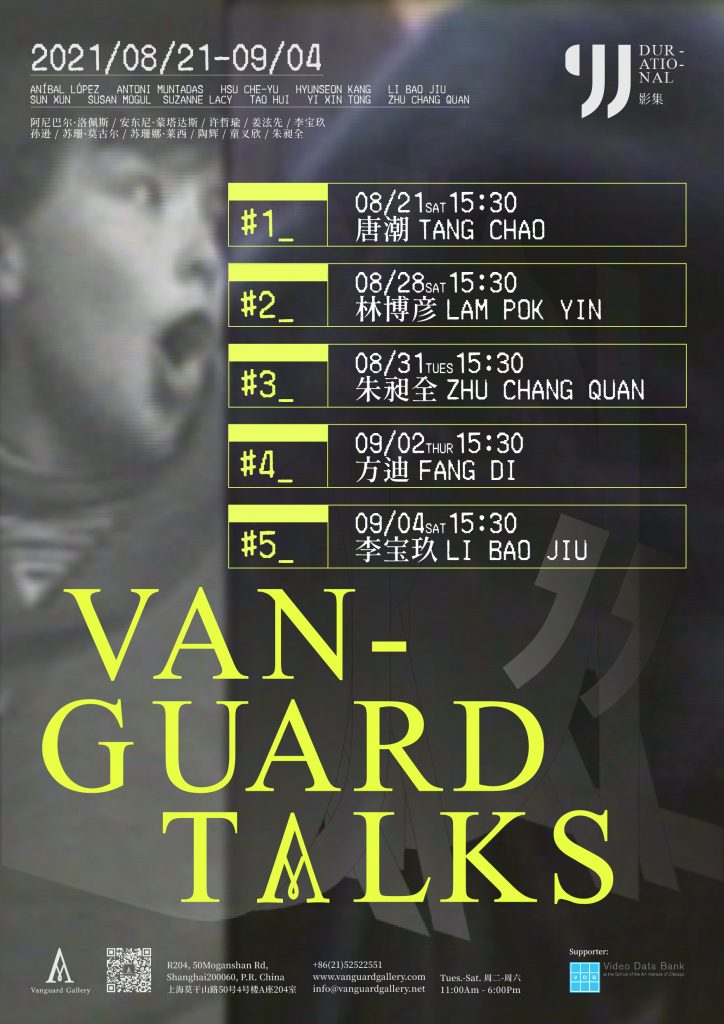 Precisely speaking, real life is not as smooth as movies, and everyday life is filled with hesitating dialogues. Even the title of this talk was randomly typed out by Tang Chao on the keyboard. There are people trying to step deeper: “What exactly do you want to say?” They then entered this letter string on the input method and the phone displayed: “We called another round of dickface. (‘zhè yī pī yòu jiàole gè jī liǎn’ in pinyin)” Someone else took a different tact and decoded it into: “The left eyelid got bored by Manager Gao. (‘zuǒ yǎn pí yàn juàn le gāo jīng lǐ’ in pinyin)，but who happens to be called Manager Gao here?

This specious association is an arrangement of some unknown power. I saw someone wrote on the Internet: “History is highly in series~”

What does that mean? When I was thinking an eyelash fell on the screen, exactly at the end of the sentence.

Wave, wave. It comes and goes so quickly, shuttling between different episodes, and lets the hard tone land euphemistically~

This eyelash is floating in the historical torrent. Someone says that you can make a wish now. If it is a fake eyelash, then make a fake wish. But have there ever been a real wish? Tang Chao hopes to have a good title for the talk. Life is sometimes weird. This letter string was then decoded by “me” into: “Get inspired by a few words. (“zhī yán piàn yǔ jiān líng gǎn jiàng lín” in pinyin) “. It came all of a sudden without any reason, falling like feathers, or an unexpected meteor.

Tang Chao will share some of his creations or his procrastination habit before creations.

Lam Pok Yin: Looking into our ‘forever-postponed futures’, through the permanent shutdown of the Matrix Online massively multiplayer role-playing game

In 2004, Warner Bros. and Sega launched ‘The Matrix Online’ as the official continuation of the storyline from the Matrix film trilogy. Ironically, the cyberpunk franchise which about the struggle and liberation from the an artificially programmed reality, had invited the players to plunge themselves into another one in order to complete the protagonists’ ultimate destiny. The game eventually died a premature death, as their servers were permanently shutdown just four years after its launch, and the world set in 2199 came to an end. It has been more than a decade since then, and a nostalgia for the game has quietly emerged on the internet: not only are there enthusiasts who reviving and transplanting the game to a new game engine, there are also calls for recreating a new version of the game with the better current technology…

Zhu Changquan: Only Memory, No Landscape

It is big and red, however, we cannot tell the age from its appearance.

Because the apples on the tree will look like this soon.

How do they make it?

The apple fell down, tired and sleepy.

Apples cannot feel tired. They have no life. They follow our arrangements.

I threw them out on the road. They would be wherever I asked them to be.

Apples will not stop. They hide in the grass.

Based on the post-epidemic globe and the development of China, the artist will analyze the challenges and opportunities that China is facing from his perspective, and provide some ideas for future development, especially in how to understand scientifically and accurately the “dual circulation”, how to avoid the “involution” of the art industry and be alert to “close mindedness”, and how to treat the rise of nationalism, in order to find a solution to satisfy our basic needs in this changing era.

Since long ago, Li gave up clarifying those concepts or deliberately delineated the boundaries between them. He feels better when things are mixed together and become chaotic. He would like to stay at the penumbra, where light and darkness encounter. Have you ever heard moon talking about its own trajectory? Will it define it as its work, life or creation? “I’m the moon.