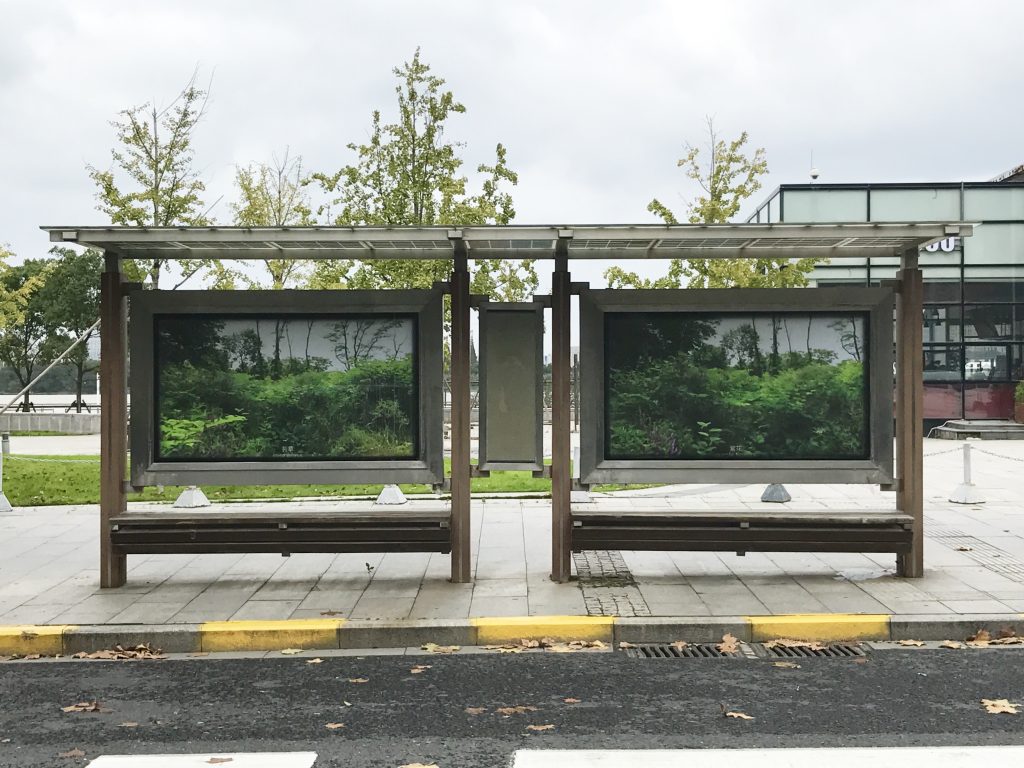 The work of textile collage “As Seen in Nature” is an extension of my painting in a specific exhibition site. In my paintings, the nature, the cityscape are both the objects I observe and depict, and the painting is a way I imitate the certain relationship between them. When I studied the traditional Chinese Water and Mountain Painting, I often went to nature, drew what I saw at the moment, then back to studio to transfer them into Chinese Water and Mountain Painting, on this step I tended to focus on the rules of Chinese Painting itself, instead of what I saw in the real landscape. In recent years, the places I visited are more cities than nature because of my study and art projects. The cityscape, to me, is as attractive as landscape, it also has it’s own rules. Collecting information from cities and nature is a process of blending myself into them. A detail, a shape, a color from my memory, are rebuilding their relationships through painting. The pattern, the color are making new conversation with us by the changing of the sites, the environment. In this piece, I tried to use the way of dying textile and collaging them. Colors were produced on the textile with the dying time, the fabric are stretched while mounting them, which makes it different from painting. Different rules and freedom are developing during this process.

‘Lack of food, lack of artistic inspiration, lack of interest in New York’s art circle, growth of interest in fishing, excuse for physical exercise, longing for nature, search for the real New York, escape from one world, in search of another.’ 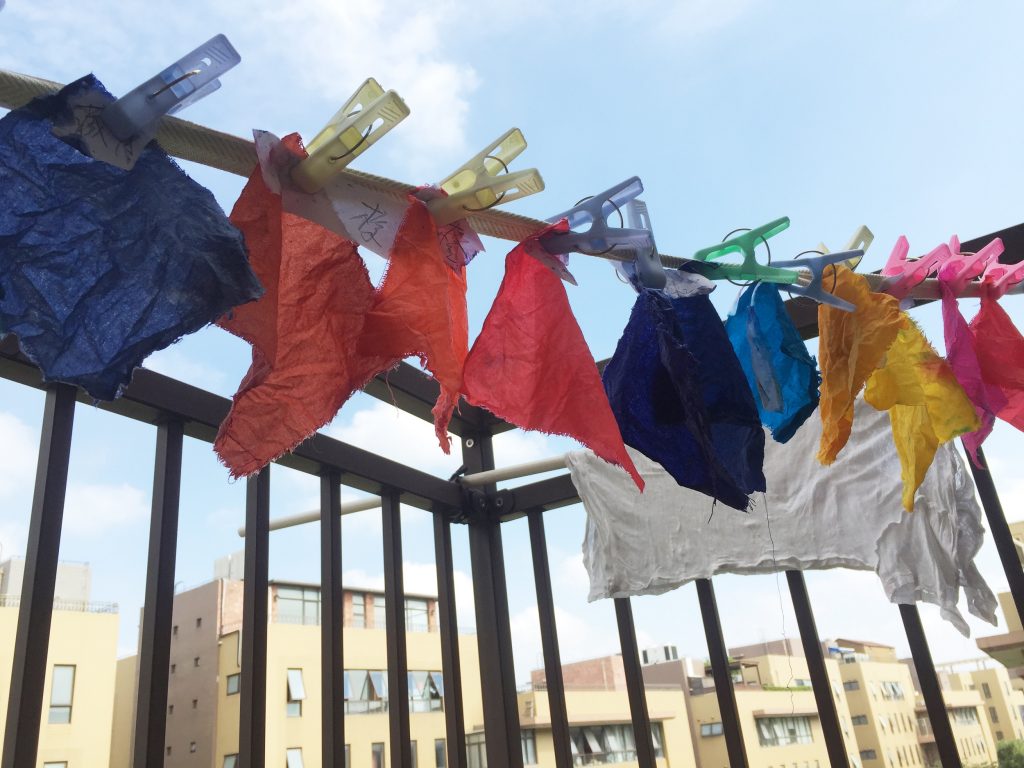 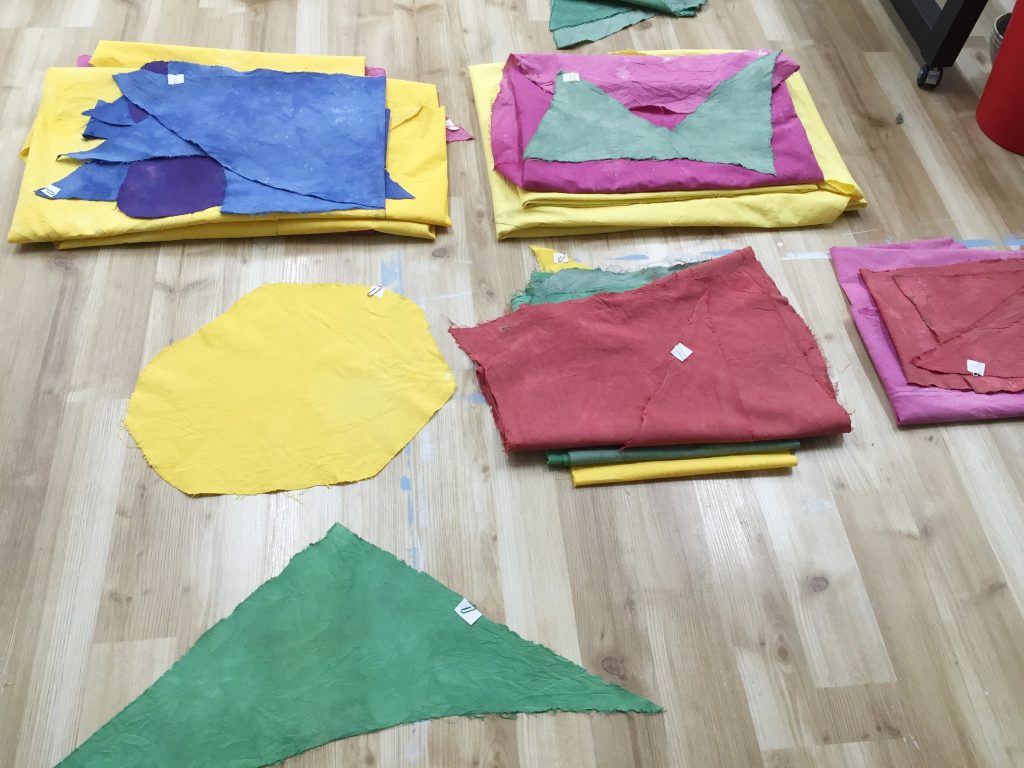 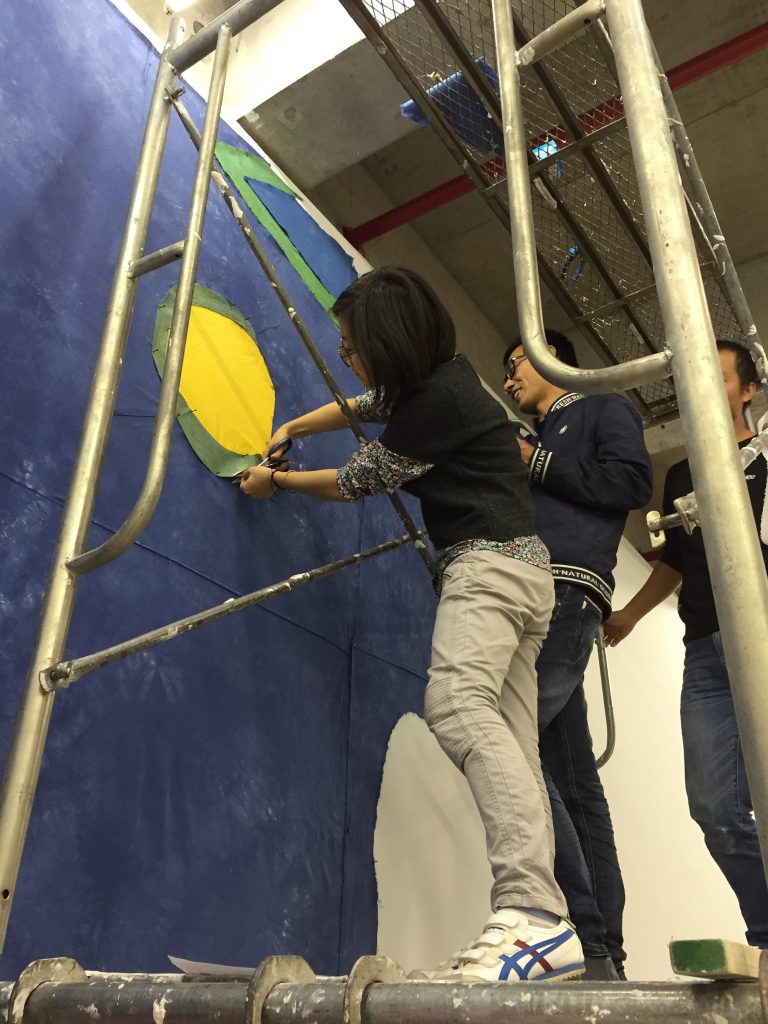 West Bund Art & Design has launched a special exhibition program, ArtReview Asia Xiàn Chǎng. Situated in public areas both inside and outside the fair, the program, which takes the form of a series of single-artwork presentations, will feature works by both Asian and international artists, operating in a variety of media, including large-scale sculpture, installation, moving image and performance. Ultimately it aims to present an overview of the most urgent and cutting-edge work in the field of art.

ArtReview Asia Xiàn Chǎng is curated for West Bund Art & Design by ArtReview Asia. The curatorial concept of the program, which debuts this November, originates in the Chinese characters for ‘xiàn’ and ‘chǎng’, which together mean the scene (of a crime, accident, etc); (on) the spot; (at) the site. The artworks on show will explore how context provides a contemporary artwork with added significance or validity – and how the ‘contemporary’ aspect of contemporary art is as much about space or place as it is about time. Artists showing at ArtReview Asia Xiàn Chǎng are invited to play with notions of context, in all four dimensions of space–time, and its ability to bring about meaning, both intended and unexpected, in their work.

ArtReview Asia Xiàn Chǎng is not only an extension of the magazine’s content, creation and ideas; but is a brand-new attempt to apply and integrate its initiatives within the diverse reality of Asia. West Bund Art & Design will also offer a special prize for ArtReview Asia Xiàn Chǎng, for which a committee of invited curators will select the best work within the program. The list of jurors, as well as the final winner will be announced in November 2016.